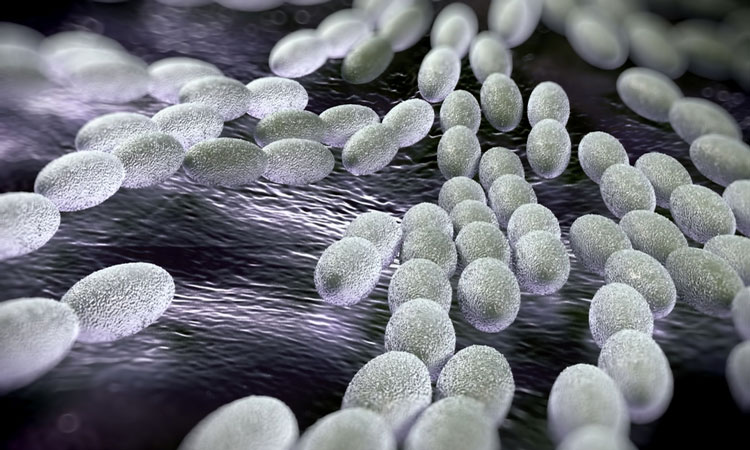 When it comes to the immune system, we usually think about lymphocytes like B- and T-cells or macrophages going on constant seek-and-destroy missions against invading pathogens like bacteria and viruses. But our immune system actually includes a lesser-known and less-studied first line of defense referred to as “innate immunity”.

One of the main weapons of innate immunity are a family of small peptides, collectively known as “antimicrobial peptides” or AMPs for short. AMPs are produced by the host’s (the human’s) cells and combat invading microorganisms by breaking apart their cell membranes or by disrupting their functions.

Despite their importance, we know very little about AMPs. Some in vitro studies have shown that they can kill bacteria and fungi, but scientists have been hard pressed to study them in living organisms. One of the reasons is that there are simply too many factors involved in innate immunity, so isolating the effect of individual AMPs in a living organism is a very complex proposition.

But now we have the tools. Scientists from the lab of Bruno Lemaitre at EPFL’s Global Health Institute have used CRISPR, the gene-editing technique, to delete no less than 14 AMPs from the fruit fly Drosophila. By deleting single AMP genes, various combinations of genes, or even all 14 genes, the scientists were able to remove their corresponding AMPs and observe how their absence affected the fly’s resistance to different bacterial and fungal pathogens.

The results showed that, at least in Drosophila, AMPs act mainly against Gram-negative bacteria (eg E. coli, Enterobacter species) and certain fungi. The AMPs also work either together or by adding up their individual effects. Surprisingly, they found that certain AMPs can be incredibly specific in defending against certain infections (eg the AMP diptericin against the pathogen P. rettgeri). This unexpected result highlights a previously unknown level of specificity to the innate immune response.

“What’s really exciting is that these results will help us understand how our own AMPs might help fight infection,” said Dr Mark Austin Hanson, the study’s first author. “It could be that some people have a defective copy of a specific AMP needed to prevent a common infection – as an example, uropathogenic E. coli – and so they are at higher risk. Fighting infection is great, but learning how to prevent it in the first place is the ideal of medicine. That’s what these AMPs do: they prevent infection before it ever settles in.”

But the applications of studying AMPs go even further, Dr Hanson added. “Studying how the fly’s AMPs work can also help us manage economically important insects, whether it be protecting bumblebees or preventing mosquitoes from spreading disease.”