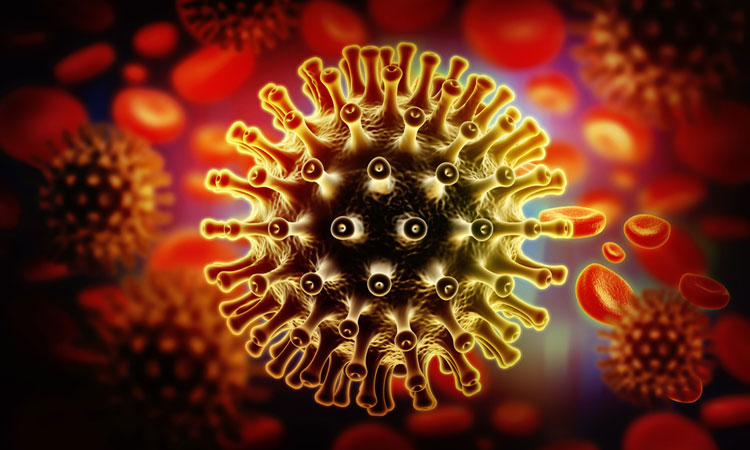 A new way to create proteins that can sneak through HIV’s protective coating may be a step toward understanding the key components needed for developing a vaccine for the virus, according to researchers.

Using computational modelling, a team of researchers led by Penn State designed and created proteins that mimicked different surface features of HIV. After being immunised with the proteins, rabbits developed antibodies that were able to bind with the virus.

“We were able to show that by using our designed proteins, the blood was able to spontaneously generate antibodies that can inhibit the infection of HIV in cellular models,” said Dr Cheng Zhu, a postdoctoral fellow at Penn State College of Medicine. “When we incubated the HIV virus, its infectivity was dramatically reduced by the rabbits’ blood.”

Dr Zhu added that the study provides a novel way to design proteins for vaccines.

“The proteins – or immunogens – we developed aren’t a finished product, but we were able to show evidence that it’s possible to do,” Zhu said. “Moreover, it’s also very exciting that we were able to create a new method to tailor make proteins, which could open the door for developing vaccines for other infections, as well.”

Although millions of people are living with HIV across the globe, creating a vaccine for the virus has alluded researchers. Vaccines work by teaching the immune system where on a virus an antibody can attach before neutralising it. To create a vaccine, researchers first have to identify this spot.

Dr Nikolay Dokholyan, G. Thomas Passananti Professor and Vice Chair for Research in the Department of Pharmacology at Penn State, explained that developing a vaccine for HIV is difficult because the virus constantly mutates.

According to Prof Dokholyan, HIV uses a coating of carbohydrates to protect a protein on its surface called Env. While this protein could be a potential target for vaccines, the carbohydrate coating makes it difficult or impossible for antibodies to access and neutralise it.

But sometimes, holes naturally appear in this coating, exposing the Env protein to potential antibodies. Dr Zhu said he and the other researchers wanted to find a way to target these holes.

“The idea would be to do molecular surgery to copy sections of the virus’s surface and paste them onto different, benign proteins, so they would look but not act like the Env protein,” Dr Zhu said. “Hopefully, this would allow the immune system to recognise the virus and create antibodies to neutralise it in the future.”

The researchers used computational models to design proteins that would mimic the conserved protein surface of different strains of HIV to be used in the vaccine. Prof Dokholyan said that while usually proteins are engineered by changing one amino acid at a time, they wanted to try a different approach.

“Instead of changing one amino acid at a time, it’s a large surface of the HIV strain that is cut and then plugged onto a different protein,” Prof Dokholyan said. “It’s an important milestone be able to do these major molecular surgeries, and it’s very exciting that the strategy worked with a very high accuracy.”

After creating immunogens that used the new, HIV-mimicking proteins, the researchers immunised the rabbits and drew blood samples once a month. After analysing the samples, the researchers found that the blood contained antibodies that were able to bind onto HIV.

The researchers said that while the findings are promising, there is still more work to be done.

“It’s important that we were able to generate an immune response to HIV and show that it’s possible as a proof of concept,” Prof Dokholyan said. “But, we still need to improve the antibodies’ neutralisation abilities and other aspects before it can become a viable vaccine.”

Prof Dokholyan said that in the future, the protein design method could potentially help create and personalise vaccines for different diseases in various areas in the world.

“Diseases can vary by location, for example, there are different strains of HIV in various countries or regions,” Prof Dokholyan said. “If we can easily customise proteins for vaccines, that’s a good example of where personalised medicine is going to play a role.”