When a heating technique called photothermal ablation was combined with the infusion of CAR T cells, it suppressed melanoma tumour growth for up to 20 days in mice… 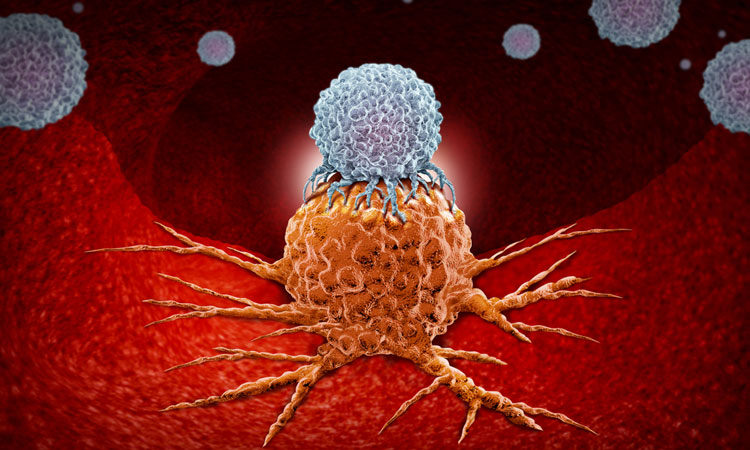 The researchers found that when a heating technique called photothermal ablation was combined with the infusion of CAR T cells, it suppressed melanoma tumour growth for up to 20 days in mice. Among the mice that were treated with the combination, 33 percent were still tumour free after the 20-day mark.

T cells that have been genetically engineered with chimeric antigen receptor, or CAR, have successfully been used to treat many patients with lymphoma and leukaemia. But CAR T-cell therapy has been less successful for treating solid tumours because the tumours have a protective micro environment, which makes it harder for the CAR T cells to break into the tumour and keep the T cells activated.

The UCLA scientists decided to test whether combining CAR T therapy with photothermal therapy could overcome that obstacle.

Photothermal therapy is a minimally invasive technique that uses heat from laser energy to kill cancer cells; it is already being used to treat a variety of cancers and other medical conditions.

The researchers tested a mild hyperthermia of about 40°C to see if it could help enhance the CAR T cells to better attack the tumour.

By enhancing the power of CAR T-cell therapy, the technique could eventually improve the prognosis for people with hard-to-treat solid tumours. The researchers will continue testing the strategy in animals to optimise the heating duration and temperature before determining whether it can be tested on humans.

The research’s co-senior author is Zhen Gu and it is published in the journal Advanced Materials.