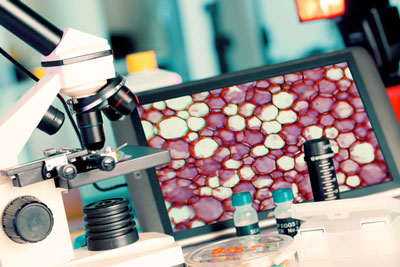 Broad Institute of MIT and Harvard are to receive a $10 million gift from the Gerstner Family Foundation that will expand cancer research at Broad Institute and broaden collaborations with Dana-Farber/Harvard Cancer Centre and Memorial Sloan Kettering Cancer Centre.

The research will focus on the changes tumours undergo as they become resistant to drugs, which is the biggest hurdle to conquering the disease.

Although cancer patients often show dramatic initial responses to treatment, some tumour cells can escape therapy and come back in a deadlier, drug-resistant form. The Gerstner Family Foundation gift will allow Broad Institute to identify the mechanisms that drive cancer drug resistance and pave the way for new treatments.

“Cancer treatment has seen amazing progress over the past decade,” said Eric Lander, President and Director of Broad Institute. “However, many cancer treatments are only temporary. Curing cancer will require solving the problem of drug resistance. This critical next phase of cancer research is becoming a reality thanks to the Gerstner Family Foundation’s generous gift.”

The Gerstner Family Foundation gift will support a two-pronged approach to the problem of cancer drug resistance: one based in the laboratory and the other in partnership with clinical researchers.

Second, Broad Institute is partnering with two of the world’s leading cancer centres: Dana-Farber/Harvard Cancer Centre in Boston and Memorial Sloan Kettering Cancer Centre in New York to launch the largest study to date of pre-treatment and drug-resistant tumours. By comparing the genome sequence of pre-treatment tumours to resistant tumours, researchers hope to identify the mutations that cause resistance.

At the same time, a Broad Institute team will build on efforts to develop ‘blood-based’ tumour biopsies. These are techniques to isolate and study rare tumour cells in a patient’s bloodstream. If successful, they would provide doctors a much less invasive alternative to more traditional biopsies. Broad researchers will focus on improving methods to conduct genome sequencing of some circulating tumour cells.

“Human cancers are constantly evolving in ways that evade even the best of our innovative new drugs,” said Edward J. Benz Jr., MD, President and CEO, Dana-Farber Cancer Institute. “For patients to get the maximum benefit from these exciting agents, we need to devise ways to defeat this resistance.”

Craig B. Thompson, President and CEO of Memorial Sloan Kettering Cancer Centre, commented, “Drug resistance is one of the most important problems that must be solved in cancer. Together, we have developed an ambitious but highly feasible plan to confront it.”

As José Baselga, Physician-In-Chief and Chief Medical Officer of Memorial Sloan Kettering, said, “The time has come to launch this type of combined effort to study tumours and decipher drug resistance in cancer.”

Of the collaboration, Louis V. Gerstner, Jr., Chairman of the Gerstner Family Foundation, Chairman of the Board of Directors of Broad Institute and Honorary Chair of the Board for the Sloan Kettering Institute for Cancer Research, said, “I am confident that the scientists, doctors, and patients assembling together for this important research are going to have a huge impact on the next generation of cancer treatments.”