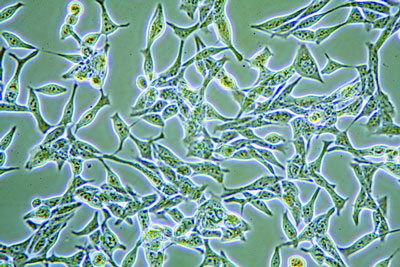 Almost 90% of men with advanced prostate cancer carry genetic mutations in their tumours that could be targeted by either existing or new cancer drugs, a landmark new study reveals.

Scientists in the UK and the US have created a comprehensive map of the genetic mutations within lethal prostate cancers that have spread around the body, in a paper being hailed as the disease’s ‘Rosetta Stone’.

Researchers say that doctors could now start testing for these ‘clinically actionable’ mutations and give patients with advanced prostate cancer existing drugs or drug combinations targeted at these specific genomic aberrations in their cancers.

The study was led in the UK by scientists at The Institute of Cancer Research, London, in collaboration with researchers from eight academic clinical trials centres around the world.

Uniquely, doctors at The Royal Marsden NHS Foundation Trust and at hospitals in the US were able to collect large numbers of samples of metastatic cancers – cancers that had spread from the original tumour to other parts of the body.

Normally these samples are extremely hard to access, and this is the first study in the world to carry out in-depth analysis of metastatic prostate cancers that are resistant to standard treatments.

The research is published today (Thursday) in the major scientific journal Cell, and is funded by Stand up to Cancer and the Prostate Cancer Foundation.

Researchers analysed the genetic codes of metastatic tumours from the bone, soft tissues, lymph nodes and liver of 150 patients with advanced prostate cancer.

Nearly two thirds of the men in the study had mutations in a molecule that interacts with the male hormone androgen which is targeted by current standard treatments – potentially opening up new avenues for hormone therapy.

Mutations in the BRCA1 and BRCA2 genes – most famous for their roles in breast cancer – were found in nearly 20% of patients. Recent work at The Institute of Cancer Research (ICR) and The Royal Marsden has shown that these patients can be treated effectively by drugs called PARP inhibitors.

Mutations never detected before in prostate cancer have been discovered

Researchers also discovered new mutations, never detected before in prostate cancer, but which do occur in other cancers. These include mutations in the PI3K and RAF gene families which can also be targeted by existing drugs, either currently in trials or approved for use in the clinic.

The researchers also took blood tests to analyse patients’ own genomes, and found that 8% were born with DNA errors that predisposed them to prostate cancer. They said this could strengthen the case for genetic screening for people with a family history of the disease.

Previous genetic studies on prostate cancers had mostly analysed tissue from the primary tumours, which tend to carry fewer mutations than metastatic sites.

Studies of metastatic sites had been small and mostly used tissue taken during post mortems – whereas in this study doctors took needle biopsies taken from patients during the course of their treatment.

Professor Johann de Bono, Professor of Experimental Cancer Medicine at The Institute of Cancer Research, London, and Consultant at The Royal Marsden NHS Foundation Trust, said, “We have for the first time produced a comprehensive genetic map of the mutations in prostate cancers that have spread round the body. This map will guide our future treatment and trials for this group of different lethal diseases. We’re describing this study as prostate cancer’s Rosetta Stone – because of the ability it gives us to decode the complexity of the disease, and to translate the results into personalised treatment plans for patients.

“Our study shines new light on the genetic complexity of prostate cancer as it develops and spreads – revealing it to be not a single disease, but many diseases each driven by their own set of mutations. What’s hugely encouraging is that many of the key mutations we have identified are ones targeted by existing cancer drugs – meaning that we could be entering a new era of personalised cancer treatment.”

Professor Paul Workman, Chief Executive and President of The Institute of Cancer Research, London, said, “Cancer becomes lethal at the stage when it spreads round the body and stops responding to treatment – but until now it has been incredibly difficult to find out exactly what is going on genetically at that critical point.

“This major new study opens up the black box of metastatic cancer, and has found inside a wealth of genetic information that I believe will change the way we think about and treat advanced disease. The study found that almost 90% of metastatic tumours had actionable mutations, which means that these findings could make a real difference to large numbers of patients.”