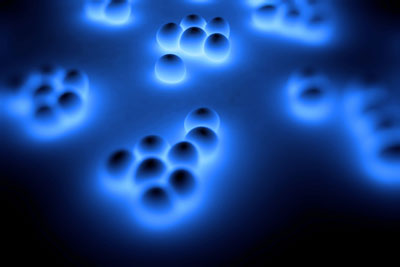 The study marks the second time in recent years that St. Jude researchers have created promising antibiotics by changing the chemical structure of an old antibiotic named spectinomycin. Spectinomycin is a safe but weak drug first introduced in the 1960s.

In the new study, investigators built on research published in the 1980s to create new, more potent versions or analogues of spectinomycin. The analogues include one named 1950 that proved as effective as the antibiotic ampicillin at protecting mice from an often lethal strain of Streptococcus pneumonia.

In the laboratory, the spectinomycin analogues blocked the growth of strains of the pneumococcal bacteria resistant to commonly used antibiotics. The second-generation spectinomycins demonstrated increased antibacterial activity against Haemophilus influenza and Moraxella catarrhalis, which are additional common causes of respiratory infection. The spectinomycin analogues were also more effective against bacteria responsible for most cases of Legionnaires’ disease and the sexually transmitted diseases gonorrhoea and chlamydia.

“The growing problem of drug-resistant bacteria has created an urgent need for new antibiotics that use novel mechanisms to treat adults and children worldwide. Immune-compromised St. Jude patients undergoing treatment for other indications, as well as adults and children are particularly at risk from these types of secondary infections,” said corresponding author Richard Lee, Ph.D., a member of the St. Jude Department of Chemical Biology and Therapeutics.

Lee’s strategy has been to scour the medical literature from 20 or 30 years ago when antibiotics were plentiful and resistant bacteria were rare. He looks for natural products like spectinomycin that can be re-engineered using structure-based design to enhance the potency of existing drugs, reduce the risk of side effects and avoid antibiotic resistance.

In 2014, Lee and his colleagues used the approach to create a new class of antibiotics called spectinamides designed specifically for treatment of drug-resistant tuberculosis (TB). The drugs, which are still in development, use a novel mechanism to accumulate within the cell and inhibit protein synthesis leading to TB cell death.

In this study, researchers again used structure-based design to map and re-engineer how spectinomycin binds to the ribosomes of clinically important bacteria with a focus on generating compounds that work on a broader spectrum of disease-causing bacteria. Work published in the 1980s by researchers with the Upjohn Co., which later merged into Pfizer, helped jumpstart the St. Jude research.

Upjohn scientists had modified the chemical structure of spectinomycin, proving that the spectinomycin core could be chemically modified to improve potency. The project was later shelved in favour of other antibiotics.

Since then the structure of the ribosome has been determined. Technological advances also give researchers an atomic-level, 3-D model of spectinomycin bound to bacterial ribosomes. Researchers in this study used the Upjohn modification chemistry to create 20 new structure-guided versions of spectinomycin, including 1950 and three other analogues that are the focus of this report.

“The re-engineered spectinomycin has a new hook it uses to enter a broad range of bacteria, bind to the ribosome and block protein synthesis,” Lee said. He speculated that the redesign might also hinder the ability of bacteria to pump out the drug using a process called efflux before the medicine has a chance to work.

Laboratory tests showed the spectinomycin analogues were unlikely to cause serious side effects or interfere with other medications. Work on the analogues continues at St. Jude.

The findings appear in the journal Science Translational Medicine.