Dormant cancer cells can ‘wake up’ after decades 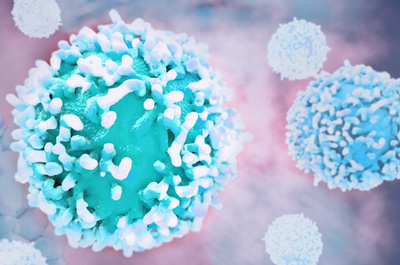 Researchers at The Institute of Cancer Research, London have found genetic evidence that dormant cancer cells can avoid the effects of treatment only to ‘wake up’ many years later.

Their study could suggest ways of rooting out dormant cancer cells – eradicating the small risk that cancer could return after appearing to be cured.

They identified a specific DNA mutation, in which two genes called BCR and ABL1 fuse together, in cancer cells from both blood samples. This shows a common lineage between the original and relapsing leukaemia – implying that cancer cells had resisted chemotherapy by becoming dormant.

Researchers have suspected dormant cancer cells were responsible for delayed relapse, but evidence has been very limited. The cells responsible for the relapse are thought to have survived because they were growing much more slowly than other cancer cells – resisting traditional chemotherapy which attacks rapidly dividing cells.

The study gives researchers important insights that might help them root out these cells, for example by ‘waking them up’ so chemotherapy will kill them.

In their study, the reawakening dormant cancer cells had some similarities to a group of cancer pre-cursor cells that predated even the original bout of the disease. Researchers also found many new genetic changes had occurred in the cancer cells when the patient relapsed.

Study leader Professor Mel Greaves, Director of the Centre for Evolution and Cancer at The Institute of Cancer Research, London, said, “We have always known that in rare cases leukaemia can relapse when it appears to be cured, but what we’ve lacked is firm evidence that cancer cells can lie dormant for long periods of time.

“Our study shows a common genetic lineage linking the original leukaemia and relapsing disease decades later. It provides striking evidence of cancer evolution in action, with cancer cells able to lie dormant to avoid treatment, and then to accumulate new mutations capable of driving a new bout of disease.

“Blood stem cells regularly fluctuate between being dormant or ‘asleep’ and dividing very quickly, so it seems cancer cells are just borrowing this trick to avoid being killed by chemotherapy. In future it might be possible to speed up the growth of these precancerous dormant cells so that they can be targeted and killed using chemotherapy, to reduce the risk of relapse even further.”

Dr Matt Kaiser, Head of Research at Leukaemia & Lymphoma Research, said, “Despite impressive cure rates for the most common form of childhood leukaemia, there are still too many children whose cancer ends up coming back. If we can build up a picture of what causes rare cases of late relapse and how we can detect and prevent it, we may be able to deliver more true cures for this terrible disease.”

The research was funded by Leukaemia & Lymphoma Research, with additional support from the European Hematology Association, The Kay Kendall Leukaemia Fund and The Wellcome Trust. It is published in the journal Leukemia.