Researchers have used a new method to understand how antibiotics fight TB, which can guide future drug developments. 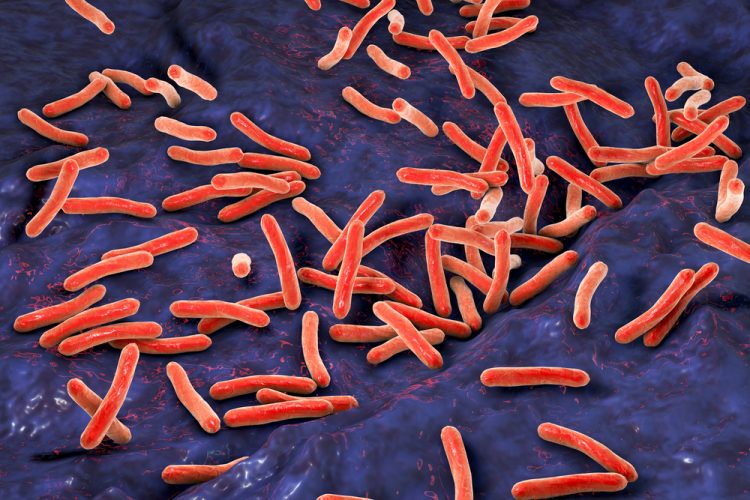 Researchers have developed a novel technique which allows them to visualise how antibiotics fighting tuberculosis (TB) reach their pathogenic targets. The findings could inform and help to guide the development of new antibiotics.

The research was conducted by a team from the Francis Crick Institute in collaboration with scientists at GlaxoSmithKline (GSK) and the University of Western Australia.

The method pioneered in this study, which combines three types of imaging (correlated light, electron and nano-scale ion microscopy), allowed researchers to visualise the distribution of TB drugs in Mycobacterium tuberculosis (Mtb)-infected human macrophages at high resolution, for the first time.

The team used the technique to observe the TB drug, bedaquiline, in human cells infected with the TB-causing bacterium, Mtb. They found that bedaquiline accumulates in lipid droplets inside the host cells, forming a reservoir that supplies the drug to Mtb over time.

The bacteria can interact with and consume lipid droplets. Adding a chemical that prevented lipid droplets from forming significantly reduced the amount of bedaquiline in Mtb, suggesting that the lipid droplets are responsible for transferring antibiotic to the bacteria.

“Normally, compounds that only dissolve in lipids, known as lipophilic compounds, are often abandoned during drug development because they tend to bind to proteins and fats in our bodies in a non-specific way. We wondered how such a drug could ever reach the bacteria. Our surprising findings show that even very lipophilic antibiotics like bedaquiline are worth pursuing in drug development. In the case of TB, this conventionally undesirable trait actually boosts drug delivery,” explains Daniel Greenwood, first author of the paper.

It was previously unknown whether antibiotics penetrate all the compartments of the macrophage where the Mtb hide and replicate.

“Now that we can see exactly where antibiotics go once they enter macrophages, we can build up a much clearer picture of how they reach their targets, and harness these observations to design more effective treatments in the future, not only for TB but for other infectious diseases too,” says Max Gutierrez, a senior author of the paper.

The findings were published in the journal Science.