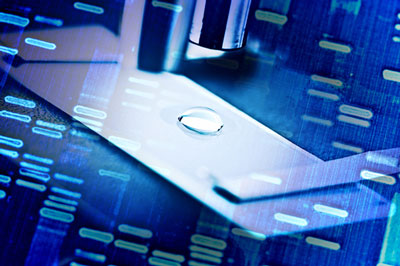 Metastatic colorectal cancer patients tend to live longer when they respond to the first line of chemotherapy their doctors recommend.

To better predict how patients will respond to chemotherapy drugs before they begin treatment, researchers at University of California, San Diego School of Medicine conducted a proof-of-principle study with a small group of metastatic colorectal cancer patients. The results revealed two genes that could help physicians make more informed treatment decisions for patients with this disease.

Metastatic colorectal cancer is typically treated with two chemotherapy drugs, 5-Fluorouracil in combination with either oxaliplatin or irinotecan.

“Several large trials compared oxaliplatin and irinotecan head-to-head and concluded that the response rate is about equal. How an oncologist bases his or her treatment decision can be based on experience, comfort level prescribing and the patient’s health,” said Paul Fanta, MD, assistant clinical professor of medicine and oncologist at UC San Diego Moores Cancer Centre. “But in reality, the two drugs are very different. For any individual patient, one might be better than the other. As an oncologist, how do I know which is better for my patient? That’s where this study comes in.”

Fanta and his team used a commercially available test to analyse levels of the genes ERCC1 and TS in 41 patients with metastatic colorectal cancer. These genes encode proteins involved in building and repairing DNA.

Twenty-two of the 41 patients had low levels of both ERCC1 and TS. Of that group, 20 (91%) responded to oxaliplatin, suggesting that this should be the first treatment choice for patients with low ERCC1 and TS. Patients responded to irinotecan at the same rate whether they had low or high levels of these genes. This finding suggests that physicians might want to select irinotecan as the first-choice chemotherapy for patients with high ERCC1 or TS levels. These results are consistent with other studies evaluating the roles of ERCC1 and TS in metastatic colorectal cancer.

“Our study is small, retrospective and all of the patients were located at a single medical centre, but it demonstrates that it’s possible to use molecular diagnostics to identify subgroups of patients more likely to respond to a given treatment,” said John Paul Shen, MD, senior clinical fellow and postdoctoral fellow. “Given this proof-of-principle, it’s our hope that molecular biomarkers will be included in future prospective clinical trials in metastatic colorectal cancer.”

The research findings are published in the journal PLOS ONE.