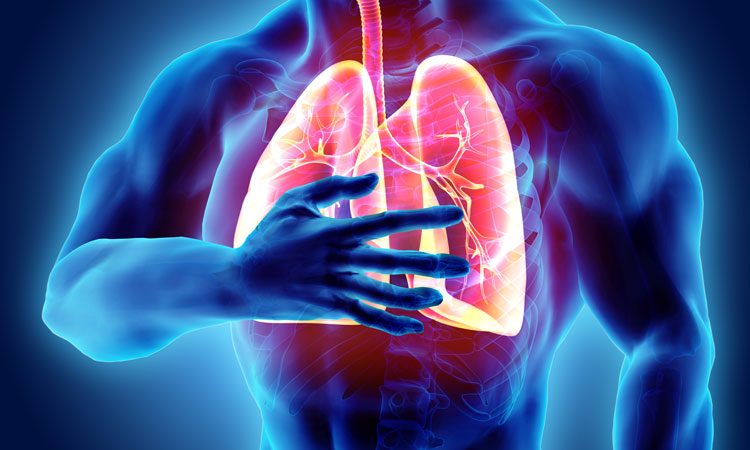 A new study has shown that blocking a protein called interleukin-11 (IL-11) using therapeutic antibodies can reverse idiopathic pulmonary fibrosis (IPF), a type of lung disease that results in scarring of the lungs, also known as fibrosis.

In this study, researchers from MRC LMS in collaboration with Duke-NUS Medical School, National Heart Centre Singapore and National Heart and Lung Institute, Imperial College London investigated whether therapeutic antibodies could reverse the process of lung fibrosis, as IL-11 was found to be crucial to the progression of IPF.

Using mice, antibodies designed to bind to IL-11 and neutralise its activity were administered. The treatment not only diminished the damage of the lungs in these mice, but reversed the fibrosis too, highlighting the potential of IL-11 as a possible target for the treatment of IPF.

“We found that blocking the IL-11 protein with antibodies could reverse fibrosis in a mouse model of human lung disease,” said Stuart Cook, Head of the Cardiovascular Disease Mechanism group at the MRC LMS and senior author of this study. “This is a remarkable finding as reversing fibrosis is tough to do. We believe this holds promise for treating fibrotic lung diseases, like IPF, in patients. We are aiming to test our antibodies in human safety trials by the end of 2020 and then start clinical trials with patients in 2021.”

“Idiopathic respiratory failure is a terrible disease with an untreated life expectancy of three years,” added Toby Maher, Professor of Interstitial Lung disease and British Lung Foundation Chair in Respiratory Research at NHLI. “Although we have treatments to slow disease progression, we desperately need new therapies to genuinely transform outcomes for people with IPF.

This exciting research highlights the importance of IL-11 in driving the development of fibrosis and gives hope for a new treatment approach to halt and maybe even reverse the devastating lung scarring of IPF.”

The research was published in the journal Science Translational Medicine.