New findings on dementia reveal that brain atrophy spreads via connected brain networks, rather than simply adjacent areas of the brain. 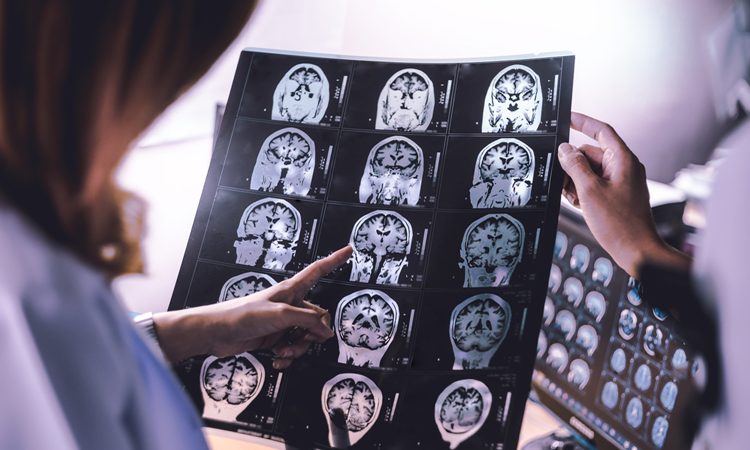 Researchers have used maps of brain connections to predict the spread of atrophy in individual patients with frontotemporal dementia (FTD). The team say that their findings advance neurodegeneration understanding and could lead to new tools to evaluate the success of novel treatments for the disease.

The study was conducted at the University of California, San Francisco (UCSF), US.

Previous research undertaken by the study’s senior author showed that patterns of brain atrophy are connected closely with brain networks. The work suggested that neurodegenerative diseases do not spread evenly in all directions like a tumour but can jump from one part of the brain to another along anatomical circuits that wire these networks together.

To confirm this, the new study used brain scans from healthy individuals to predict the spread of brain atrophy in patients with FTD over a year.

The functional MRI (fMRI) scans from healthy individuals were used to build standardised maps of the main functional partners of 175 brain regions. The team then identified which of these networks best matched the pattern of brain atrophy seen in a given FTD patient’s baseline brain scans. This was concluded to be the epicentre of the patient’s brain degeneration.

The same connectivity maps were then used to predict where the patient’s atrophy was most likely to spread. In follow-up scans one year later, they found that two particular connectivity measures significantly improved their predictions of a given brain region’s chances of developing brain atrophy.

One, called ‘shortest path to the epicentre’ captured the number of synaptic steps that region was from the estimated disease beginnings, while the other, called ‘nodal hazard’ represented how many regions connected to another were already experiencing significant atrophy.

“It’s like with an infectious disease, where your chances of becoming infected can be predicted by how many degrees of separation you have from ‘Patient Zero’ but also by how many people in your immediate social network are already sick,” said study lead author Dr Jesse Brown, assistant professor of neurology at UCSF.

The researchers showed that, generally, these two measures of network connectivity are more accurate at projecting the spread of disease to a new brain region than a simple straight-line distance from a patient’s existing atrophy. In many cases, the disease completely bypassed brain areas that were adjacent but not anatomically connected to already-atrophied regions, instead jumping to more functionally linked regions.

“Knowing how dementia spreads opens a window onto the biological mechanisms of the disease – what parts of our cells or neural circuits are most vulnerable,” said Dr Brown. “You can’t really design a treatment until you know what you’re treating.”

The researchers concluded that in the future, scientists might be able to develop therapies that specifically target the likely next site of disease and perhaps prevent atrophy from spreading from one region to another.