A study has demonstrated that the stiffness of cells indicates whether a tumour will spread and inducing this state could help to avoid metastasis. 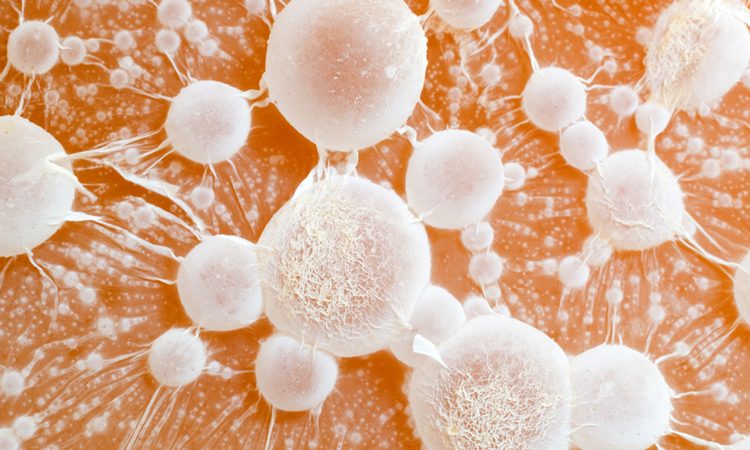 Researchers have tracked the evolution of individual cells within an initially benign tumour, demonstrating how they encourage metastasis. The findings could be used in the development of new cancer therapies, according to the team.

The study was led by engineers at the Massachusetts Institute of Technology (MIT), US and other collaborators.

Over a two-week period, the researchers investigated the growth of breast cancer tumours in the lab, by infusing plastic particles into its cells.

If you make the cells stiffer, they are less likely to migrate and that could potentially delay invasion”

They then probed each individual cell’s stiffness with optical tweezers, a highly focused laser beam. The laser was used to pin the plastic particle in each cell in place. A slight pulse then revealed the stiffness of the cell.

The team found that the cells in the interior of the tumour were small and stiff, while those on the periphery were soft and more swollen. These cells were also more likely to stretch beyond the tumour, forming “invasive tips” that eventually broke away to spread.

The researchers found that the cells at the tumour’s edges were softer because they contained more water than those at the centre. Those on the inside are surrounded by cells that press inward, pushing water out through nanometre-sized channels called gap junctions.

“You can think of the tumour like a sponge,” said Ming Guo, assistant professor of mechanical engineering at MIT. “When they grow, they build up compressive stresses inside the tumour and that will squeeze the water from the core out to the cells on the outside, which will slowly swell over time and become softer as well – therefore they are more able to invade.”

Breast cancer tumour samples from patients were also used to test the researchers’ findings. They observed a similar stiffness gradient to the lab-derived tumour.

“We found this doesn’t just happen in a model system – it’s real,” Guo said. “This means we may be able to develop some treatment based on the physical picture, to target cell stiffness or size to see if that helps. If you make the cells stiffer, they are less likely to migrate and that could potentially delay invasion.”

The findings were published in Nature Physics.