Regulator genes and proteins have been identified on circulating tumour cells in mice which allow them to target other organs in the body. 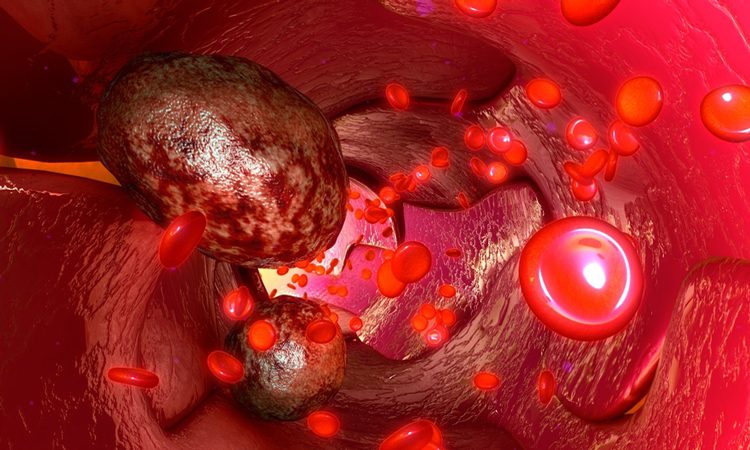 Researchers have revealed the mechanisms behind hematogenous metastasis of circulating tumour cells (CTCs). According to the team, their findings could be used to develop treatments to halt the spread of cancer.

The study, conducted at the University of Southern California (USC), US, investigated brain-invading breast cancer cells circulating in the blood. The researchers found that they have a molecular signature that indicates their specific organ preferences. 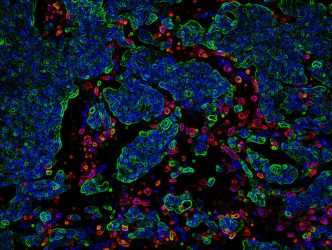 Isolating breast cancer cells from the blood of breast cancer patients with metastatic tumours, the cells were then expanded and grown in the lab.

These tumour cells were injected into the bloodstream of mouse models, which allowed the scientists to identify genes and proteins that directed their migration towards the brain.

Using genome-wide sequencing, variants of semaphorin 4D (SEMA4D) were discovered as regulators of tumour cell transmigration to the brain, allowing cells to cross the blood-brain barrier.

The MYC gene was also identified as a crucial regulator for the adaption of metastatic tumour cells into the brain microenvironment. This protected the tumour cells from the brain’s immune response.

“We can imagine someday using the information carried by circulating tumour cells to improve the detection, monitoring and treatment of the spreading cancers,” said Min Yu, assistant professor of stem cell and regenerative medicine at USC. “A future therapeutic goal is to develop drugs that get rid of circulating tumour cells or target those molecular signatures to prevent the spread of cancer.”

The results were published in Cancer Discovery.