Scientists have shown that didehydro-Cortistatin A reduces residual levels of HIV virus from dormant cells, establishing a near-permanent state of latency… 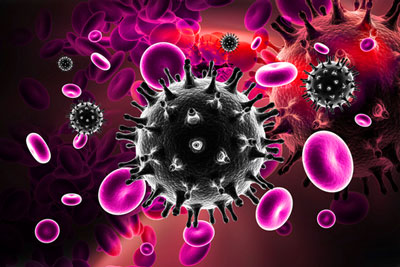 Scientists from The Scripps Research Institute (TSRI) have shown that, unlike other antiretroviral therapies, a natural compound called Cortistatin A reduces residual levels of HIV virus from infected dormant cells, establishing a near-permanent state of latency and greatly diminishing the virus’ capacity for reactivation.

“Our results highlight an alternative approach to current anti-HIV strategies,” said Susana Valente, a TSRI associate professor who led the study. “Prior treatment with Cortistatin A significantly inhibits and delays viral rebound in the absence of any drug. Our results suggest current antiretroviral regimens could be supplemented with a Tat inhibitor such as Cortistatin A to achieve a functional HIV-1 cure, reducing levels of the virus and preventing reactivation from latent reservoirs.”

Cortistatin A was isolated from a marine sponge, Corticium simplex, in 2006. A configuration of the compound, didehydro-Cortistatin A, was shown in earlier studies to target the protein Tat, which exponentially increases viral production.

Didehydro-Cortistatin A reduced viral reactivation in infected primary T cells by an average of 92.3%

The new study shows that didehydro-Cortistatin A inhibits replication in HIV-infected cells by significantly reducing levels of viral messenger RNA – the blueprints for producing proteins and more infection.

“In latently infected primary T cells isolated from nine HIV-infected subjects being treated with antiretroviral drugs, didehydro-Cortistatin A reduced viral reactivation by an average of 92.3 percent,” said Guillaume Mousseau, the first author of the study and a member of the Valente lab.

The results suggest an alternative to a widely studied strategy for latent HIV eradication known as “kick and kill,” which tries to purge viral reservoirs by “kicking” them out of their latency with reversing agents and stopping new rounds of infection with an immunotherapy agent to boost the body’s own immune system response while on antiretroviral treatment.

The study results are published in the journal mBio.