Histones revealed by study as critical for cell identity

Researchers have shown that histones are vital in silencing genes and that their position is inherited in new cells, providing insight into how cancer cells can become resistant to therapy. 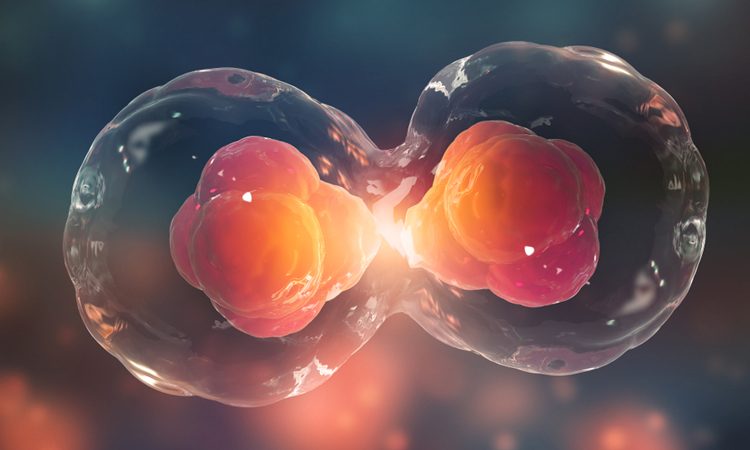 A study has discovered that the identity of cells is passed down in DNA but also in the proteins that package it. According to the researchers, their findings could be used to develop strategies to prevent cancer cells from becoming resistant to therapies.

Led by researchers at the NYU School of Medicine, US, the results confirm that mechanisms preserving cell identity are based on how DNA is packaged.

In the nuclei, chains of molecular DNA are wrapped around sets of histone proteins in repeating units called nucleosomes, all within the larger superstructure called chromatin.

The ‘tails’ of these histones, however, extend outside this wrapping, making them available for chemical changes that determine whether a chromatin region is ‘open’; if the DNA is accessible or tightly compacted. This then controls whether the genes located there are activated or silenced.

The researchers developed a method to track whether chemical modifications in histones were accurately passed from a parent cell to the same DNA regions in the new cells.

They next used a CRISPR-Cas9 system to attach a molecule called biotin to the nucleosomes present within a single gene to use as a marker. This allowed them to observe the fate of the tagged nucleosomes known to occur in either open or silent chromatin as the cell copied its DNA.

This revealed that only the nucleosomes from silent, compacted chromatin were inherited, ending up in the same locale on the newly-replicated DNA as they were in the parent cell. Those from the open chromatin were not inherited and were distributed widely.

The scientists concluded that chemical modifications to histones that foster chromatin compaction are inherited as a fundamental property preserving a cell’s identity. Open chromatin, however, did not rely on this ‘positional inheritance’ as its DNA can be activated as needed by regulatory proteins that interacted with the DNA directly.

The researchers also found that within the compacted, silent chromatin, the proteins responsible for chemically modifying histone tails recognise modifications in parental nucleosomes and then duplicate them on newly forming nucleosomes.

“Strikingly, it may be through gene repression that histone modifications show a heritable gene regulatory system not present in more primitive cells like bacteria, potentially playing a role in the greater complexity of human cells,” said senior study author Dr Danny Reinberg. “At the same time, cancer arises in some cases from this very complexity – as cells that randomly lose compaction due to a loss of histone chemical modifications see their usually silenced genes become active.

“In this way, cancer cells evolve to overcome treatments or limits on their growth and we hope the current work will suggest new ways to stop this,” continued Reinberg.