Scientists seek to design therapeutically more potent chemicals from alkaloids produced by the plant, Uncaria guianensis, which could aid in combatting tumours. 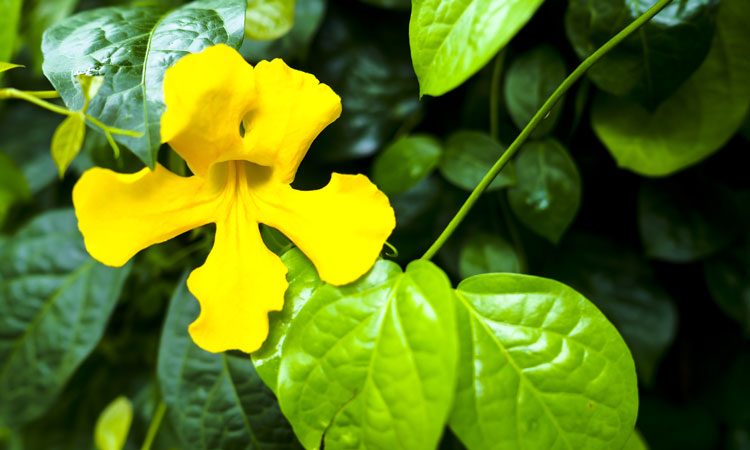 Researchers have prepared modified forms of the alkaloids produced by Uncaria guianensis (also known as cat’s claw), a plant native to the Amazon Rainforest, whose natural versions of alkaloids are widely used to combat tumours and inflammation and can help modulate the immune system.

The scientists from Brazil sought to design therapeutically more potent chemicals from these alkaloids.

“When we compared the structure of vinblastine and of the alkaloids from U. guianensis, we found highly similar biosynthetic pathways,” said Adriana Aparecida Lopes, a professor at the University of Ribeirão Preto and first author of the article. “One of the modifications we made was therefore similar: we substituted a fluorine atom for a hydrogen in the aromatic ring [a small part of the structure of the molecule].”

Using this method, approximately one to two milligrams of the new alkaloids were obtained”

In the study, modifications were made to the alkaloids using U. guianensis‘s own metabolic pathways. Plantlets (young plants) were grown in the laboratory and were fed with water and nutrients. Precursors of the natural alkaloids with small modifications to their structures were added to this liquid medium.

“This protocol is called precursor-directed biosynthesis,” Lopes explained. “The synthesis is done by the plant. I provide it with an analogous key intermediate [precursor], which is captured and inserted into its metabolic route, forming a new alkaloid.”

The plants were grown for 30 days and then extracted. The extracts were subjected to different types of liquid chromatography and mass spectrometry to identify the substances present in the extract based on their corresponding ions. Following this, chemical processes were used to isolate the alkaloid analogues.

Using this method, approximately one to two milligrams of the new alkaloids were obtained. The next steps will entail increasing the output.

The team expects the therapeutic efficacy of the novel compounds obtained from U. guianensis using precursor-directed biosynthesis to be more potent than those produced naturally by the plant.

The article was published in Scientific Reports.