A microRNA inhibitor has been identified which reduced the sizes of aggressive CNS tumours and improved survival in mice. 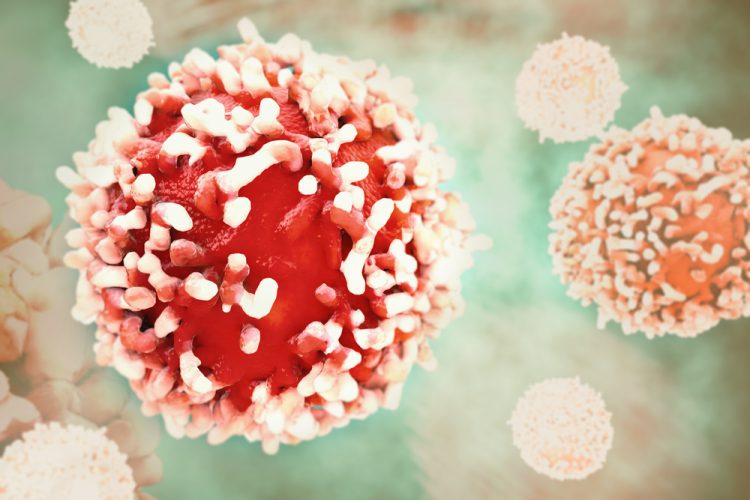 Scientists have identified a molecule capable of reducing the aggressiveness of embryonal central nervous system (CNS) tumours – malignant tumours that start in foetal cells in the brain and mainly affect children up to four years old.

The study, conducted by scientists affiliated with the Human Genome and Stem Cell Research Center (HUG-CELL) at the University of São Paulo (USP), Brazil, used a synthetic version of an inhibitor of microRNA-367 (miR-367) with anti-tumour activity.

“We demonstrated in an animal model of a CNS tumour that treatment with a microRNA inhibitor attenuates properties of tumour stem cells and prolongs survival,” said Oswaldo Keith Okamoto, a professor at IB-USP and the principal investigator for the study. 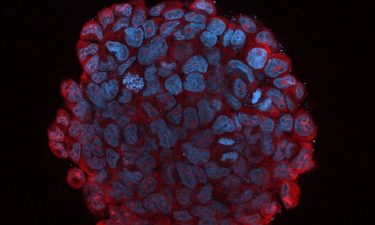 A microRNA inhibitor has been identified which reduced the sizes of aggressive tumours and improved survival in mice (credit: Translational Genomics Laboratory, IB-USP).

Embryonal CNS tumours such as medulloblastomas, tend to contain cells with characteristics similar to those of stem cells, Okamoto explained. This boosts their tumourigenic potential and capacity to invade tissue while also making them more resistant to cell death.

The researchers tested a specific synthetic inhibitor of miR-367 containing minor chemical alterations that make it more stable in cells. After inducing the formation of CNS tumours in mice using three different strains of tumour cells, the researchers injected the miR-367 inhibitor into the brain’s right lateral ventricle, a pathway to the cerebrospinal fluid that surrounds the brain and spinal cord. From there, the miR-367 inhibitor was able to access the tumour cells.

Tumour size was reduced considerably and survival improved in all groups of mice.

In this model, the researchers noted that when the synthetic molecule interacted with miR-367 in tumour cells, it prevented this microRNA from affecting the levels of proteins it normally regulates, such as ITGAV and SUZ12.

While the role of ITGAV in embryonal CNS tumours is not fully understood, ITGAV is known to participate in the renewal of both normal and tumour stem cells.

“When miR-367 is inhibited in cancer cells, it stops regulating several proteins. This molecular alteration eventually affects the properties of these cells, resulting in an attenuation of the tumour’s aggressiveness. This is what makes the strategy interesting,” said Carolini Kaid, a postdoctoral researcher at IB-USP.

The researchers believe that in humans, the synthetic molecule alone may be capable of at least containing the development of these tumours and improving survival.

The study was published in Molecular Oncology.