Researchers have used machine learning to predict the conditions needed for stem cells to develop a certain way, which could be used to grow 3D organ models. 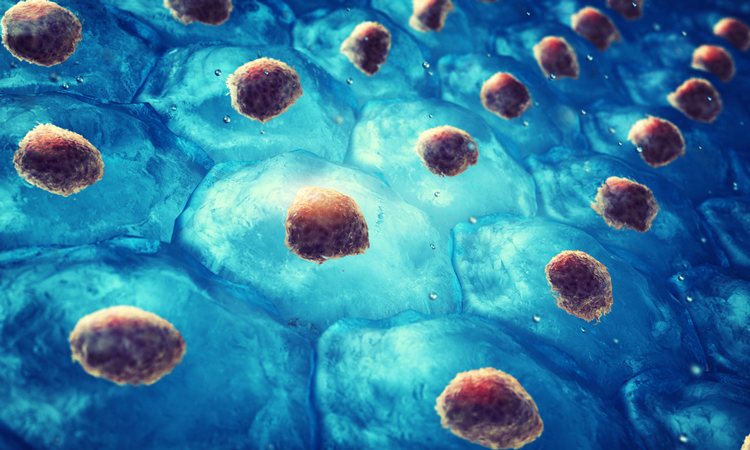 Researchers have used a computational model to learn how to manipulate stem cell arrangement, including those that may eventually be useful in generating personalised organs.

According to the team, their discovery could be used to develop model organs grown from a patient’s own cells, which could ‘revolutionise’ how diseases are treated by increasing disease understanding or testing drugs.

The study was conducted by a team from Gladstone Institutes, in collaboration with Boston University, both US.

Induced pluripotent stem (iPS) cells, similar to the stem cells found in an embryo, have the potential to become nearly every type of cell in the body. Although researchers can prompt these cells into differentiating into specific organ cells, they cannot grow into functioning three-dimensional (3D) organs.

“Despite the importance of organisation for functioning tissues, we as scientists have had difficulty creating tissues in a dish with stem cells,” said Ashley Libby, co-first author. “Instead of an organised tissue, we often get a disorganised mix of different cell types.”

The team has previously shown that knocking down the expression of two genes, ROCK1 and CDH1, affected the layout of iPS cells grown in a Petri dish. The scientists wondered whether they could predict the exact arrangement of cells that would result from altering ROCK1 and CDH1 by different degrees at different timepoints. However, the number of variables, such as the timing and degree of each gene knockdown, the duration of the experiment and the proportion of cells affected, meant that testing every possible combination would be too time-consuming. So, the group created a model to aid them.

The group carried out a handful of experiments using different doses and timing of the CRISPR/Cas9 system. Then, the computational researchers inputted the results into a machine-learning programme, designed to identify patterns within a dataset. 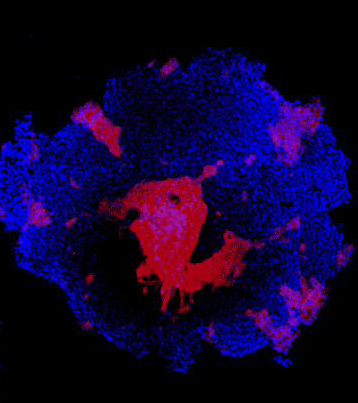 “Our machine-learning model allows us to predict new ways that stem cells can organise themselves and produces instructions for how to re-create these predictions in the lab,” said Demarcus Briers, co-first author.

The programme used results from the initial stem cell experiments to infer ways that ROCK1 and CDH1 affect iPS cell organisation. With the model up and running, the researchers then began to probe whether it could compute how to make entirely new patterns.

The simulations narrowed down a set of starting conditions that might lead to the desired arrangement of cells, informing researchers exactly when, where and how to add drugs to their iPS cells to shut off ROCK1 and CHD1. Then, the suggested conditions could be tested. In the lab, for the first time, the researchers were able to reliably generate concentric circles of stem cell populations looped around each other.

“Modelling cell behaviour is the Holy Grail of biology and this paper takes an important step forward in doing that,” said Dr Bruce Conklin, a researcher on the study.

The team would like to expand the model in the future by adding in the effects of other developmental genes to get an even wider variety of possible cell configurations. They also plan to work towards designing 3D shapes in addition to the two-dimensional (2D) layouts they have already studied.

“We’re now on the path to truly engineering multicellular organisation, which is the precursor to engineering organs,” said Dr Todd McDevitt, a lead author of the study. “When we can create human organs in the lab, we can use them to study aspects of biology and disease that we wouldn’t otherwise be able to.”

The findings were published in Cell Systems.