A study has shown that a combination of α-KLOTHO and TGF β receptor 2 (TGFβR2) recovers cartilage in rats with osteoarthritis and could be a new therapy for humans. 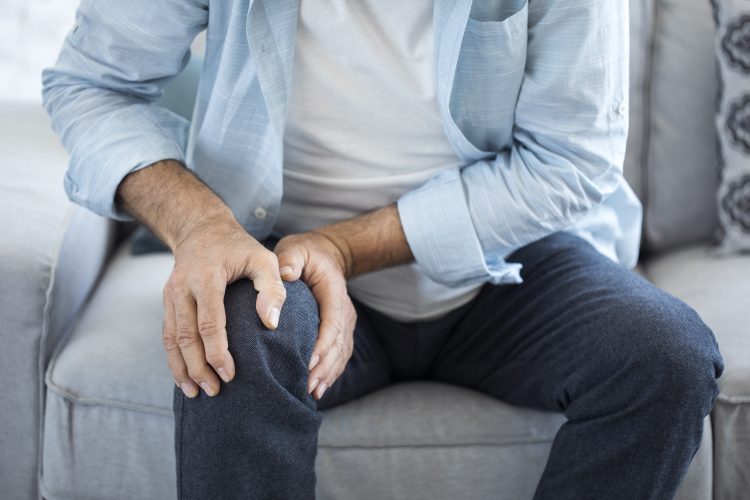 Researchers have identified that a combination therapy of α-KLOTHO and TGF β receptor 2 (TGFβR2) recovered cartilage in rats suffering from osteoarthritis. The researchers hope this strategy could be a viable option for treating humans with the condition in future.

After six weeks of treatment… the cartilage was thicker, fewer cells were dying and actively proliferating cells were present”

The team, from the Salk Institute, US, worked from previous research that had pinpointed α-KLOTHO and TGFβR2 as possible drugs to treat osteoarthritis; α-KLOTHO acts on the mesh of molecules surrounding articular cartilage cells, keeping this extra-cellular matrix from degrading and TGFβR2 stimulates articular cartilage cell proliferation and prevents their breakdown.

However, in animal models each drug alone had only moderately curbed osteoarthritis, so the researchers combined them and treated young, otherwise healthy osteoarthritic rats with viral particles containing the DNA instructions for making α-KLOTHO and TGFβR2.

After six weeks of treatment, the rats that had received particles containing α-KLOTHO and TGFβR2 DNA showed recovery of their cartilage: the cartilage was thicker, fewer cells were dying and actively proliferating cells were present. These treated rats went from stage 2 to stage 1 osteoarthritis (the mildest form), while the control rats’ osteoarthritis progressed from stage 2 to stage 4. 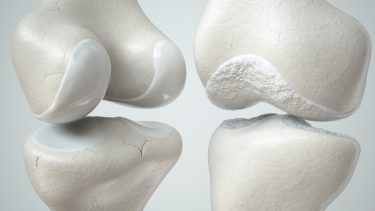 3D rendering demonstrating the differences between healthy cartilage (left) and damaged cartilage, like that seen in osteoarthritis (right).

“From the very first time we tested this drug combination on just a few animals, we saw a huge improvement,” said Paloma Martinez-Redondo, a Salk research associate and first author of the new study. “We kept checking more animals and seeing the same encouraging results.”

Experiments revealed 136 genes that were more active and 18 genes that were less active in the cartilage cells of treated rats compared to control rats. These genes included several involved in inflammation and immune responses, indicating possible pathways by which the combination works.

To test the applicability of the drug combination to humans, the team treated isolated human articular cartilage cells with α-KLOTHO and TGFβR2. Similarly to the rats, levels of molecules involved in cell proliferation, extra-cellular matrix formation and cartilage cell identity, all increased.

“That’s not the same as showing how these drugs affect the knee joint in humans, but we think it’s a good sign that this could potentially work for patients,” explained Martinez-Redondo.

The researchers plan to continue to develop the therapy, investigating whether soluble molecules of the α-KLOTHO and TGFβR2 proteins can be taken directly. They also intend to study whether the combination of drugs can prevent the development of osteoarthritis before symptoms develop.

The study was published in Protein & Cell.