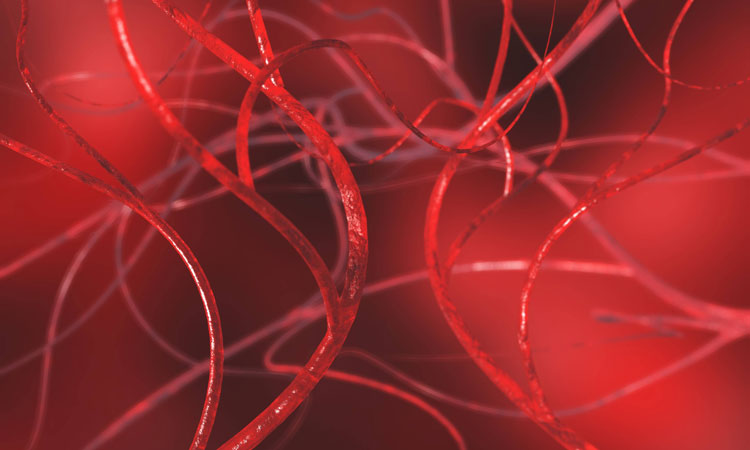 A new study has advanced the understanding of how capillaries regress and identified combinations of drugs that hinder capillary regression.

They also identified combinations of drugs – neutralising antibodies to specifically block IL-1β and TNFα, or combinations of pharmacologic inhibitors – that significantly interfered with capillary regression.

The Davis laboratory grows three-dimensional human “blood vessel networks in a dish” under defined, serum-free conditions to delve into the complexity of how capillaries take shape to sustain healthy tissues and they have begun applying what they have learned using this innovative in vitro model to attack and possibly protect against diseases.

For this study, the researchers cultured two types of human cells: endothelial cells, which line the inner surface of capillaries and pericytes which are recruited to fortify the outer surface of the endothelial-lined tubes. Cross-communication between these cells controls how the blood vessel networks emerge, branch and stabilise. Macrophages, a type of immune cell, were activated in the cell culture media to simulate a tissue-injury environment highly conducive to capillary regression.

They found that macrophage-derived molecules IL-1β and TNFα, combined with thrombin, selectively cause endothelial-lined capillary tube networks to regress; however, pericytes continue to proliferate around the degenerating capillaries.

They also found that IL-1β and TNFα, combined with thrombin, induce a unique set of molecular signals contributing to the loss of blood vessels.

Furthermore, they found that certain drug combinations (two were identified by the researchers) can block the capillary loss promoted by IL-1β, TNFα and thrombin.

The researchers found several other pro-inflammatory molecules that promoted capillary loss, but none proved as powerful as IL-1β, TNFα and thrombin, especially when all three were combined.

“These drugs are out there and they work. Our data suggests that, if combined, they may actually prevent vessel breakdown (earlier in the disease process) and improve outcomes,” Dr Davis said.

The study was published in Arteriosclerosis, Thrombosis, and Vascular Biology.