Scientists in Japan have identified an important protein that can impact the course of cancer and its fate in the human body. 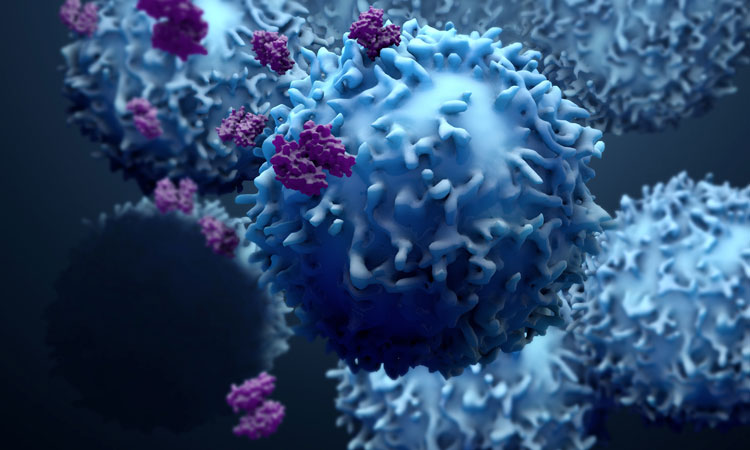 The goal of most cancers is to grow and take over the host’s body. Consequently, the immune system has long been a focus for cancer researchers, given its role of defending our bodies from foreign invasion. In a new study, researchers from the University of Tsukuba have revealed that tumours that produce a protein called soluble CD155 (sCD155) are able to accumulate in the lungs of mice by disabling their immune systems.

sCD155 is a protein that is ubiquitously expressed by many different cells in the body and plays an important role in how cells migrate and develop. Over the course of recent years, several studies by the group at the University of Tsukuba have demonstrated the presence of higher sCD155 levels in the serum of patients with various types of cancer.

In order to ascertain the precise nature of this association, the group investigated further.

“Correlation does not imply causation,” asserts the corresponding author of the study and associate professor Kazuko Shibuya. “We wanted to know specifically how soluble CD155 is involved in the growth of cancer.”

In order to function, proteins bind to other proteins. CD155 has been shown to bind to various proteins that are expressed by immune cells, including DNAM-1 (which identifies tumour cells), TIGIT and CD96.

In pursuit of greater insight, the researchers modified B16/BL6 melanoma cells (cancer cells) to produce sCD155. When injected into normal mice or mice that are deficient in TIGIT or CD96, the sCD155-producing B16/BL6 cancer cells were able to settle and grow in their lungs to a greater extent than with B16/BL6 cancer cells that had not been modified. Quite the opposite happened, however, when the same experiment was performed with mice deficient in DNAM-1. No large tumour had developed in the lungs of these animals.

“Our results show that DNAM-1 was somehow involved in the tumour-promoting actions of soluble CD155,” says study lead author Genki Okumura. “Our next goal was to explore further how the two proteins interact to enable the growth of cancer”.

The researchers then depleted natural killer (NK) cells – a type of white blood cell – in the mice and discovered that all prior differences that had been noted between the mice groups disappeared. In further experiments, they found that sCD155 prevented NK cells from releasing small proteins that are toxic to cancer cells by binding to DNAM-1.

“These are striking results that show how a single protein can drastically change the fate of a tumour. Targeting soluble CD155 could therefore be a new powerful strategy to treat cancer,” says Shibuya.

Given that tumour cells have to shield themselves from the immune system in order to grow, identifying and disabling their means of survival is a promising route for preventing the spread of cancer. Therefore, targeting soluble CD155 could help achieve this for various types of cancer.