Researchers have found that using IL-15 to boost natural killer cell numbers in mice helps to combat eczema and could be a therapeutic strategy for patients. 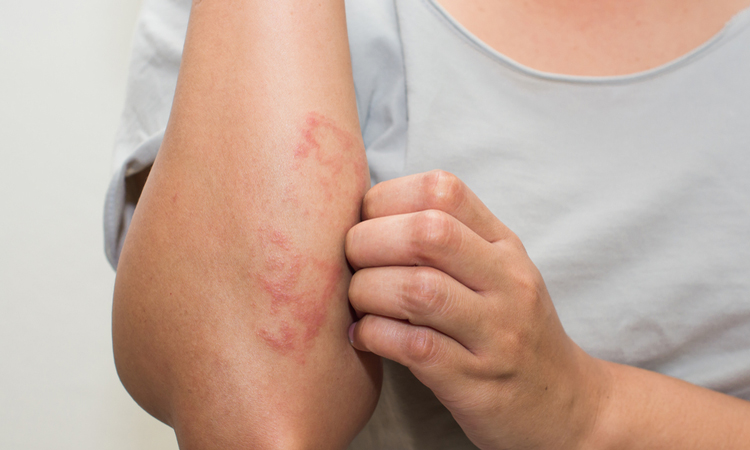 A new drug strategy for potentially treating eczema has been developed by researchers. The method, tested successfully in mice, aims to activate the immune system and combat the condition.

Conducted at Washington University School of Medicine in St Louis, US, the study investigated natural killer cells as a way to attack foreign cells.

Principal investigator Dr Brian Kim, a dermatologist and associate professor of medicine, who also is co-director of Washington University’s Center for the Study of Itch & Sensory Disorders, said he noticed over time that his patients tend to have very low levels of natural killer cells in their blood.

With the study’s first author, Dr Madison Mack, a graduate student in immunology at the time of the study, Dr Kim analysed blood samples from 25 adult patients with moderate or severe cases of the disease and 363 controls. The eczema patients had a much lower amount of natural killer cells in their blood compared with the controls.

Next, the researchers took this clinical observation to the laboratory and a mouse model of the skin disease. After removing the animals’ ability to make natural killer cells, Dr Mack noticed that markers of inflammation in the animals worsened. Later, when they used an investigational drug prototype compound that activates the immune molecule IL-15 to increase the number of natural killer cells in the animals, inflammation lessened and the mice got better.

“There are existing IL-15 superagonists which function precisely like the prototypes we used in mice already in clinical trials for cancer. Therefore, there is very little scientifically holding back repurposing those compounds from being used in patients. Alternatively, we can design novel compounds with similar properties which would take a little longer because we would have to prove the safety of those novel entities before moving into patients,” Dr Kim continued.

The researchers have a patent pending for this strategy and are planning to move towards clinical trials. However, they say it is not just eczema that their therapy could help.

In addition to improving the skin rash associated with eczema, boosting the numbers of natural killer cells could help restore immunity to viruses in eczema patients. People who have very low numbers of these cells turn out to be more susceptible to the herpes virus, pox viruses and HPV viruses, among others, say the researchers.

“We think that this technology may be a way to not only treat eczema but restore antiviral immunity in patients in a way that can allow them to do things they could not previously do (ie, receive smallpox vaccination) and prevent serious infections (ie, complications from herpes),” Dr Kim concluded.

The work was published in Science Translational Medicine.