Researchers have found that there is less calmodulin binding to ion channels in the T cells from cancer patients, presenting a new immunotherapeutic target. 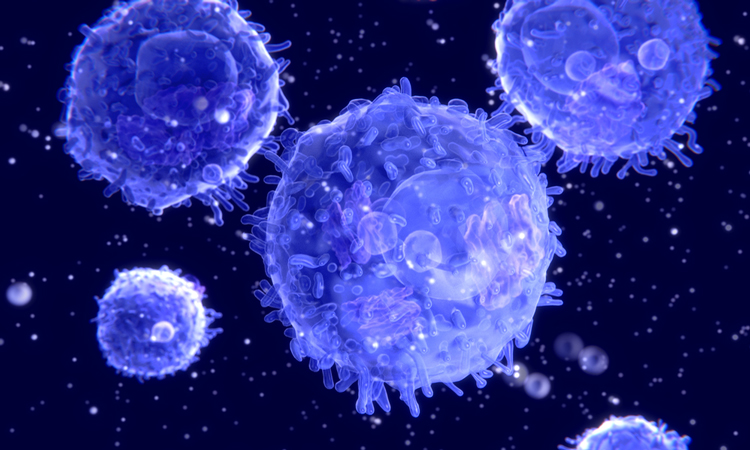 A previously unknown T cell mechanism that could explain the reason behind decreased immune function in cancer patients has been discovered. According to the researchers, their finding may present a new immunotherapeutic target for patients with head and neck cancers.

The study, conducted at the University of Cincinnati (UC), US, revealed that a reduced interaction between a molecule called calmodulin and the ion channel KCa3.1 in the immune cells of cancer patients plays an important role in the limited function of these cells. The team performed experiments on cytotoxic T cells taken from the blood of patients with head and neck cancer.

“Cytotoxic T cells are like the soldiers of our immune system and are our body’s first line of defence against cancerous tumours,” said first author Ameet Chimote. “These cytotoxic T cells are expected to penetrate the solid tumours by migrating within the tumour mass and then secreting chemicals called cytokines to kill these tumour cells. Sadly, for some reason, these cells do not function properly in patients with cancer and they do not penetrate the tumours and attack the tumour cells, causing the cancerous tumours to grow uncontrollably.”

Lead researcher Professor Laura Conforti, explained: “Identifying the mechanism of this underlying dysfunction can help us identify molecules that we can target with drugs and ultimately restore the ability of these cells to enter and kill the tumours.” Molecules, known as ion channels, are present in the T-cell membranes and are essential for their function.

“In this study, we were able to show that the function of these channels in cells from cancer patients is decreased which results in a decreased T-cell accumulation in solid tumours,” Conforti said.

These types of channels require the signalling molecule calmodulin to bind to them in order to function to their full capacity; this is needed even more in cancer T cells. Using several intricate microscopy imaging techniques on cells isolated from the blood of cancer patients, the team found out that, when compared to T cells from healthy individuals, the cancer T cells have fewer calmodulin molecules in their membranes.

“We observed that if we increase the function of these channels by drugs that enhance their activity, the cancer patients’ T cells can penetrate the tumours better and also produce increased cytokines which can kill tumour cells,” Chimote explained. “These are exciting findings that could lead to additional treatments for patients with cancer.”

“These findings strengthen the therapeutic potentials of [these] activators, which could restore cytotoxic T-cell functionality and can ultimately lead to additional immunotherapeutic options for patients with cancer,” Conforti conlcuded.

The study was published in Frontiers in Pharmacology.