The proteomic map based on data from 103 patients reveals novel prognostic biomarkers and potential drug targets for lung adenocarcinoma. 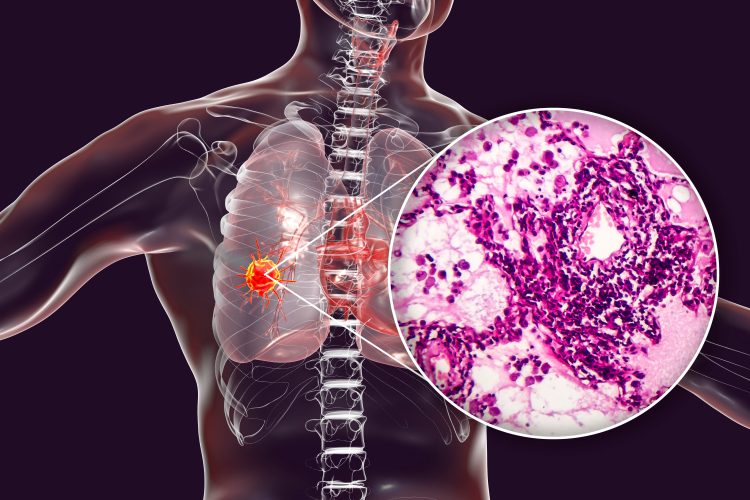 The Chinese research institutes who collaborated on the project said their proteomic study of LUAD could fill the gap between genomic abnormality and oncogenic protein function, which has so far prevented the development of targeted therapeutics for the cancer.

The team performed integrated proteomic and phosphoproteomic analyses of tumour tissues and their paired noncancerous adjacent tissues from 103 LUAD patients. A total of 11,119 proteins and 22,564 phosphorylation sites were identified. Combining these proteomics data with clinical information and genomics data, a comprehensive molecular landscape of LUAD was obtained.

The researchers discovered that epithelial-mesenchymal transition, as well as inflammatory and oncogenic signalling pathways, likely led to poor prognosis in stage I LUAD. They also established connections between genetic alterations and proteomic characteristics in patients with mutation of epidermal growth factor receptor (EGFR) or TP53, two predominant driver genes in Chinese LUAD patients.

TTF-1 and Napsin-A, two histological biomarkers, were expresses at elevated levels in LUAD tissues, as were proteins in spliceosomes of patients with EGFR mutation. In patients with TP53 mutation, several oncogenic pathways – including DNA replication and mismatch repair – were noticeably altered.

The team also classified each of the patients into three proteomic subtypes (S-I, S-II, S-III), each containing distinct molecular and clinical features, as well as differing prognoses: S-I was associated with good prognosis, where S-III had poor prognosis.

The team concluded that the new proteomic dataset serves as a valuable resource for expediting the translation of research into more precise diagnostics and therapeutic treatments in clinic.