Beautyberry leaf could be the secret to combatting MRSA infections

A compound extracted from the leaf of the American beautyberry re-sensitised methicillin-resistant Staphylococcus aureus (MRSA) to beta-lactam antibiotics. 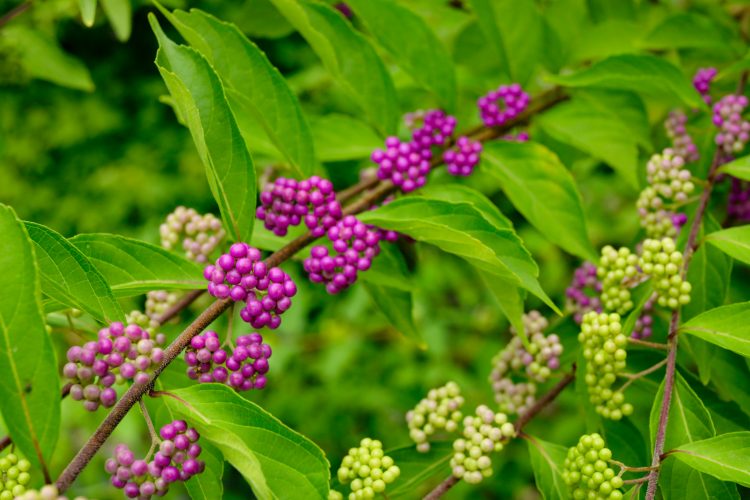 Scientists have discovered a compound in the leaves of a common shrub, Callicarpa americana (American beautyberry), boosts the activity of the antibiotic oxacillin against antibiotic-resistant staphylococcus bacteria. The laboratory studies demonstrated that the plant compound works in combination with oxacillin to overcome methicillin-resistant Staphylococcus aureus (MRSA)’s resistance to antibiotics.

The American beautyberry is native to the southern US. According to the researchers, the plant is prolific in the wild and popular in ornamental landscaping, known for having clusters of bright purple berries that begin to ripen in the summer that are an important food source for many species of birds.

“We decided to investigate the chemical properties of the American beautyberry because it was an important medicinal plant for Native Americans,” said Cassandra Quave, co-senior author of the study and an assistant professor in Emory University’s Center for the Study of Human Health and Emory School of Medicine’s Department of Dermatology. She is also a member of the Emory Antibiotic Resistance Center and an ethnobotanist – studying how indigenous people incorporate plants in healing practices to uncover promising candidates for new drugs.

The team said several Native American tribes relied on the plant for various medicinal purposes: the leaves were boiled for use in sweat baths to treat malarial fevers and rheumatism; the boiled roots were used for treating dizziness, stomach aches and urine retention; and the bark made into therapies for itchy skin.

In their previous research, Quave and colleagues found that extracts from the leaves of the beautyberry could inhibit bacterial growth. Therefore, they elected to test the extracts for efficacy against MRSA.

The team identified that 12(S),16ξ-dihydroxycleroda-3,13-dien-15,16-olide, a clerodane diterpene isolated from leaves of Callicarpa americana, slightly inhibited the growth of MRSA. However, when it was tested in combination with the beta-lactam antibiotic oxacillin (a commonly used antibiotic which MRSA is resistant to) the two acted synergistically to overcome MRSA’s resistance to treatment.

The researchers said their next step would be testing the combination of the beautyberry leaf extract and oxacillin as a therapy for MRSA in animal models. If those results are promising, the researchers will synthesise the plant compound in the lab and engineer its chemical structure to try to further enhance its efficacy as a combination therapy with oxacillin.

“We need to keep filling the drug-discovery pipeline with innovative solutions, including potential combination therapies, to address the ongoing and growing problem of antibiotic resistance,” Quave said.

Each year in the US, at least 2.8 million people contract an antibiotic-resistant infection and more than 35,000 people die, according to the Centers for Disease Control and Prevention (CDC). Quave concluded: “Even in the midst of the COVID-19, we can’t forget about the issue of antibiotic resistance”, noting that many COVID-19 patients are receiving antibiotics to deal with secondary infections brought on by their weakened conditions, raising concerns about a later surge in antibiotic-resistant infections.

The study was published in ACS Infectious Diseases.

Emory University, US Centers for Disease Control and Prevention (CDC)