Breaking down or slowing the production of a hyaluronan jelly which builds up in the lungs of some severe COVID-19 patients could reduce respiratory distress and prevent death. 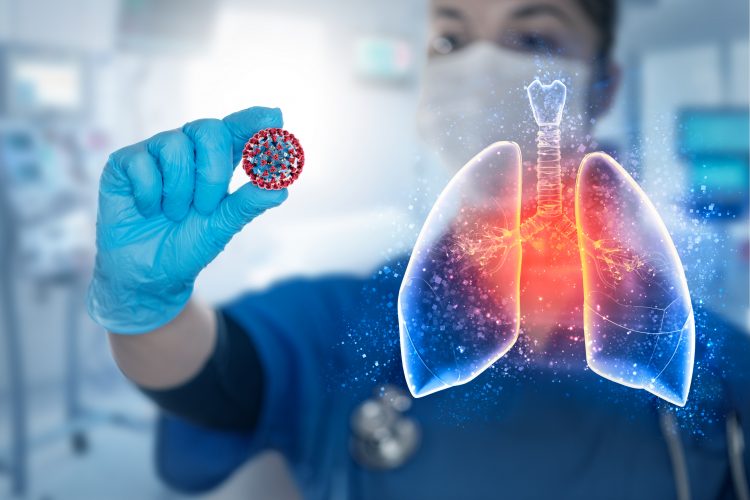 Autopsies have revealed that some people who die from Acute Respiratory Distress Syndrome (ARDS) caused by severe COVID-19 have a build-up of clear jelly in their lungs. According to new research, this jelly contains hyaluronan which could become a target of future therapies to reduce COVID-19 mortality.

The researchers in the Translational Research Centre at Umeå University, Sweden, explained that some medical professionals have noted white patches on the lung scans of critically ill COVID-19 patients. In autopsies, they added, some deceased COVID-19 patients have had lungs filled with a clear liquid jelly which obstructs their alveoli. Prior to their research, the composition and origins of this jelly were unknown.

In their study published in the Journal of Biological Chemistry, the Umeå University team used histochemistry to demonstrate that the jelly contains hyaluronan, a glycosaminoglycan polysaccharide which is a major component of extracellular matrix (ECM).

Hyaluronan is found in many connective tissues within the human body and provides many useful characteristics to the ECM, including compression strength, lubrication and hydration. A major function of hyaluronan is in the early stages of wound healing, where it regulates cell adhesion and motility and mediates cell proliferation and differentiation, it also plays a key role in inflammation.

According to the team, hyaluronan forms a jelly because it can bind large quantities of water in its web of long molecules, when this process occurs in the alveoli it causes COVID-19 patients to require invasive mechanical ventilation and can result in death. 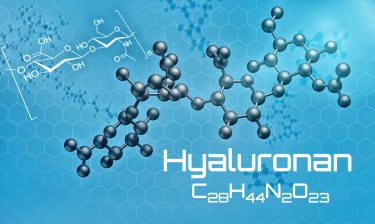 “There are already therapies that either slow down the body’s production of this jelly or breaks down the jelly through an enzyme,” said Urban Hellman, researcher at Umeå University.

The researchers suggest that a drug, called Hymecromone, which is used to slow down the production of hyaluronan in other diseases could improve severe COVID-19 outcomes. They also suggested that inhaling hyaluronidase, an enzyme which breaks down hyaluronan, could be used to treat the condition.

Hellman said that their study also explains why cortisone may be effective in treating severely ill COVID-19 patients, as it reduces the production of hyaluronan. Preliminary data from a British study evaluating the cortisone drug Dexamethasone in critical COVID-19 patients suggests the drug has a positive effect on recovery and survival.

“It has previously been assumed that the promising preliminary results would be linked to the general anti-inflammatory properties of cortisone, but in addition to those beliefs, cortisone may also reduce the production of hyaluronan, which may reduce the amount of jelly in the lungs,” concluded Hellman.