By blocking the lymphotoxin beta receptor signalling pathway, researchers were able to prevent COPD progression and induce a full restoration of lung tissue. 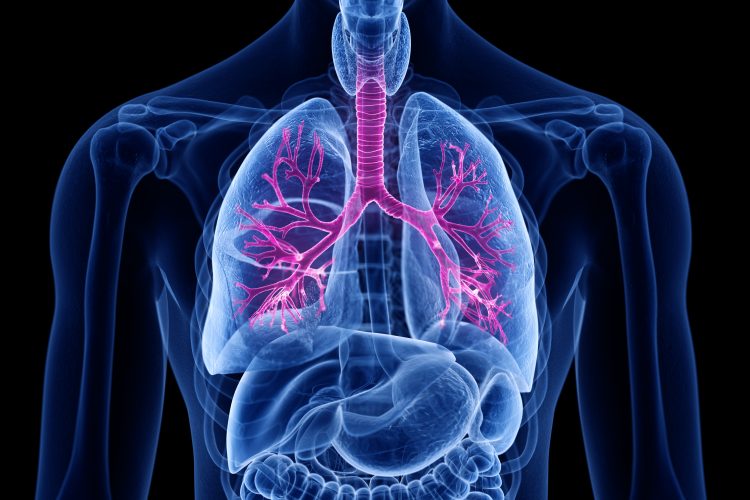 Researchers demonstrated that inhibiting lymphotoxin beta receptor signalling stops the progression of chronic obstructive pulmonary disease (COPD) in the lungs of mice and simultaneously promotes the regeneration of lung tissue.

More than 250 million people suffer from COPD, a progressive inflammatory lung disease which is the third most frequent causes of death worldwide, behind heart attacks and stroke. The disease causes fibrosis and lung epithelial cell death, resulting in breathlessness and coughing with phlegm. There is currently no cure, despite intensive research, instead therapies focus on relieving symptoms and reducing the progression of the disease and its comorbidities (mainly muscle wasting). In severe cases, patients may require a lung transplant.

Exposure to cigarette smoke is thought to be the primary cause, as 90 percent of patients are or have been chronic smokers. Breathing polluted air is also a risk factor for COPD development.

COPD and the lack of lung regeneration

“One of the biggest issues in COPD is that the lung cannot regenerate itself,” explained leader of the new study, Dr Ali Önder Yildirim, Director at the Institute of Lung Biology and Disease at Helmholtz Zentrum München (the German Research Center For Environmental Health). “Therefore, a treatment that cures the disease needs to focus on lung tissue regeneration and blocking of lung epithelial cell death.” 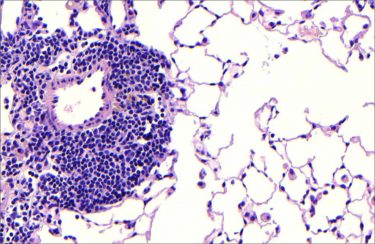 In their study published in Nature, the team worked off the findings of a 2009 study which prevented liver tissue from developing chronic inflammation and fibrosis. This was done because the development of diseases in the liver and the lung show many similarities. In the liver study, Professor Mathias Heikenwälder’s researchers at The German Cancer Research Center (Deutsches Krebsforschungszentrum, DKFZ) blocked the lymphotoxin beta receptor signalling pathway within the liver, which is responsible for the activation and organisation of immune cells as well as for chronic liver inflammation leading to fibrosis. Heikenwälder said that the first of those two functions is “why we have long suspected that the blocking of lymphotoxin beta receptor could also play a role in regenerative processes in other organs.”

The authors of the COPD study explained that in the condition, immune cells form newly organised structures in the lung, so called tertiary follicles (see Figure 1), which play an important role in disease progression. The formation of these follicles requires the activation of the lymphotoxin beta receptor in the lung – the same receptor as was targeted in the liver research. “We wanted to investigate on the role of this receptor and its signalling in COPD and whether we might be able to use it in a therapeutic setting,” said Yildirim.

Restoration of lung tissue in mice

To establish what role the lymphotoxin beta receptor plays in COPD development, the team blocked it in the lungs of mice that had developed smoke-induced COPD typical immune cell follicles, fibrosis and lung epithelial cell death.

According to the researchers, blocking lymphotoxin beta receptor signalling disrupted the formation of the follicles, prevented lung epithelial cell death and simultaneously triggered lung tissue regeneration. “The lung in those mice regenerated despite the continuous exposure to chronic cigarette smoke. We observed a full restoration of lung tissue. Moreover, as the mice lungs healed, co-morbidities such as muscle wasting also improved,” revealed Dr Thomas Conlon, part of Yildirim’s group at Helmholtz Zentrum München.

The research team also reported that in their first preclinical experiments, they demonstrated that the lymphotoxin beta receptor signalling in human lung tissue is identical to that in mice. They suggested this offers great potential for implementing their novel therapeutic approach in the clinic.