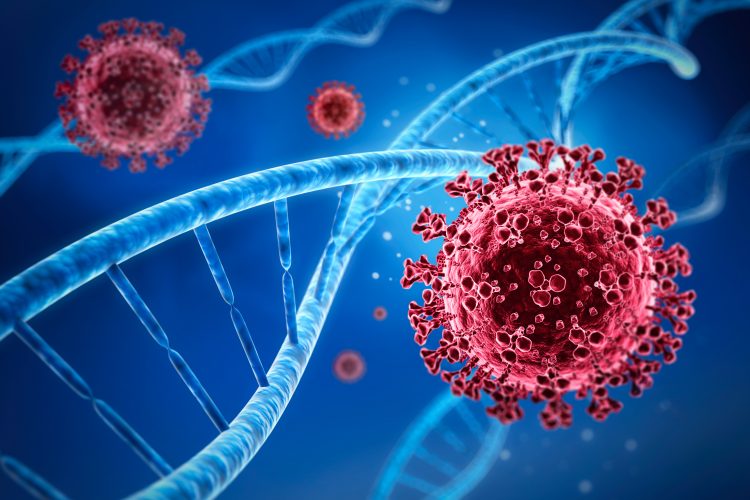 Researchers have identified five genes associated with the most severe form of COVID-19 and suggest that potential treatments for COVID-19 could be identified based on their ability to target them.

The researchers said that their breakthrough will help scientists understand how COVID-19 damages lungs at a molecular level and inform which drugs should be repurposed to treat COVID-19.

In the GenOMICC (Genetics Of Mortality In Critical Care) genome-wide association study (GWAS), scientists from the University of Edinburgh, UK, compared the genetic information of 2,244 patients with severe COVID-19 in intensive care units (ICUs) with samples provided by healthy volunteers from other studies, such as UK Biobank, Generation Scotland and 100,000 Genomes. They found that ICU patients had key differences in five genes implicated in antiviral immunity and lung inflammation, which the team stated partially explain why some develop severe symptoms and others are not affected by COVID-19 at all. The genes identified were:

Having highlighted the genes, the team were then able to predict the effect of drug treatments on patients. In the study, they showed that a reduction in the activity of the TYK2 gene protects against COVID-19 and reported that a class of anti-inflammatory drugs, called JAK inhibitors, produce this effect. Baricitinib, which is already being tested in trials against COVID-19, is an example of a JAK inhibitor.

According to the researchers, increasing the activity of the INFAR2 gene is also likely to protect against COVID-19, as it could mimic the effect of treatment with interferon – proteins released by cells of the immune system to defend against viruses. However, experts caution that to be effective, patients might need the treatment early in disease.

Based on the findings published in Nature, the researchers say that clinical trials should focus on drugs that target these specific antiviral and anti-inflammatory pathways.

Dr Kenneth Baillie, the project’s chief investigator and Academic Consultant in Critical Care Medicine and Senior Research Fellow at University of Edinburgh’s Roslin Institute, UK, said: “This is a stunning realisation of the promise of human genetics to help understand critical illness. Just like in sepsis and influenza, in COVID-19, damage to the lungs is caused by our own immune system, rather than the virus itself. Our genetic results provide a roadmap through the complexity of immune signals, showing the route to key drug targets.

“Our results immediately highlight which drugs should be at the top of the list for clinical testing. We can only test a few drugs at a time, so making the right choices will save thousands of lives.”