Inhibiting the ACSS2 enzyme with a molecule called VY-3-135 caused a significant reduction in the growth of breast cancer tumours in vivo. 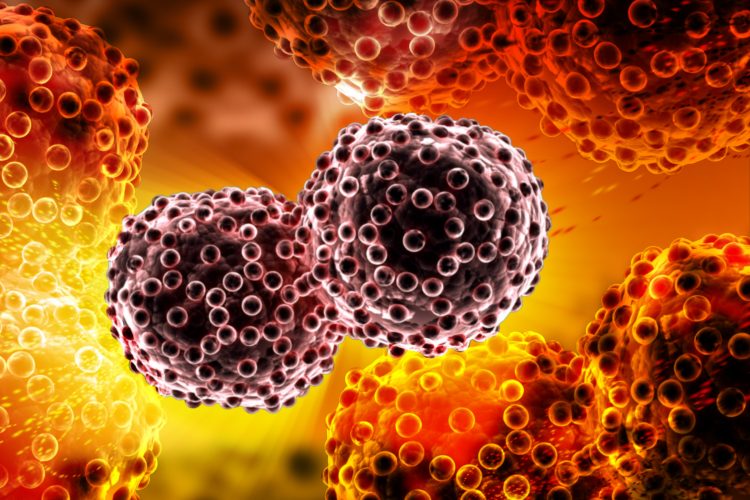 Researchers have characterised an inhibitor for acetate metabolism, a process used by cancer cells to support solid tumour growth despite severe oxygen and nutrient deprivation. In their study, VY-3-135 was able to inhibit tumour growth and promote cancer regression in preclinical breast cancer models.

The uncontrolled growth of cancers means that cells within tumours often experience severe oxygen and nutrient deprivation. To meet the energy demands of high proliferation rates, cell under these conditions evolve and adapt to using different nutrient sources to generate energy and synthesise macromolecules. While the changes that accompany this metabolic rewiring represent a critical barrier to cancer treatment, they are also specific targets that could be exploited by new therapies.

One group working to identify targets based on the metabolic changes that arise during tumour progression is the laboratory of Dr Zachary Schug, assistant professor in the Molecular & Cellular Oncogenesis Program at The Wistar Institute Cancer Center, US. In particular, they focus on the role of acetate metabolism, which has been shown to be an important alternative nutrient source for cancer cells and the ACSS2 enzyme, which converts acetate into acetyl-CoA, has been shown to be crucial for tumour growth under nutrient stress conditions. Acetyl-CoA is an essential metabolite used by cancer cells for many fundamental cellular processes, including fatty acid synthesis, ATP production and protein acetylation.

“We wanted to verify whether pharmacological inhibition of ACSS2 could prevent tumour growth and offer a significant therapeutic opportunity for cancers that rely on acetate for fuel,” said Schug, who is the lead author of the study published in Cancer Research.

In a collaboration with Dr Joseph Salvino, professor in The Wistar Institute Cancer Center and a medicinal chemistry expert, Schug and colleagues synthesised and tested an inhibitor of the ACSS2 enzyme and showed that this molecule, called VY-3-135, is potent and highly specific in blocking the function of ACSS2 in breast cancer cell lines. According to the team, one of the most important findings was that VY-3-135 treatment was able to inhibit acetate metabolism in tumours in vivo and caused marked inhibition of tumor growth in preclinical breast cancer models with high ACSS2 levels.

“Multiple studies have now shown that ACSS2 is essential in a wide variety of cancers, suggesting that acetate metabolism plays a near universal role in cancer and supports the promise of ACSS2 inhibitors for cancer treatment,” said Dr Katelyn Miller, postdoctoral fellow in the Schug lab and first author of the study.

“We look forward to furthering our studies and creating safe, potent ACSS2 inhibitors for translation into the clinic,” added Schug.