Researchers have found that SARS-CoV-2 evades immune responses by deleting parts of its genetic sequence that encode for the Spike protein. 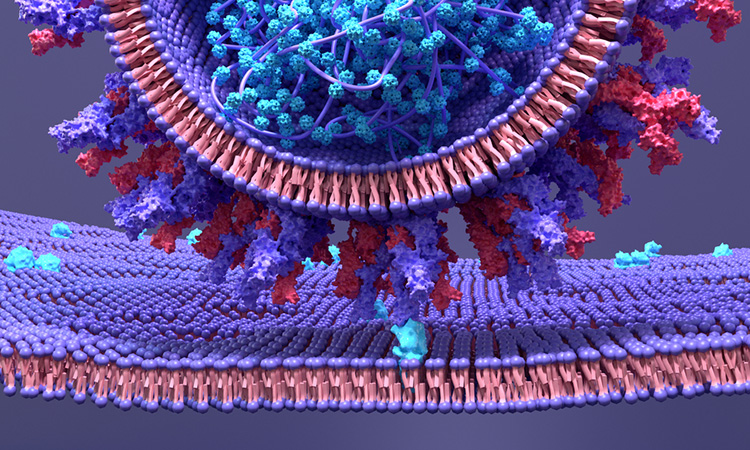 According to a new study, SARS-CoV-2 evades immune responses by selectively deleting small bits of its genetic sequence. The study was conducted at the University of Pittsburgh School of Medicine, US.

The researchers say that since these deletions happen in a part of the sequence that encodes for the shape of the Spike (S) protein, a formerly neutralising antibody cannot bind to the virus. Furthermore, because the molecular “proofreader” that usually catches errors during SARS-CoV-2 replication is “blind” to fixing deletions, they become cemented into the variant’s genetic material.

“You cannot fix what is not there,” said study senior author Dr Paul Duprex. “Once it is gone, it is gone.”

The team first came across these neutralisation-resistant deletions in a sample from an immunocompromised patient, who was infected with SARS-CoV-2 for 74 days before dying from COVID-19. The researchers then investigated whether the deletions present in the viral sequences of this one patient might be part of a larger trend.

They searched through the database of SARS-CoV-2 sequences collected across the world since the virus first started infecting humans. The researchers found that the deletions frequently happened in the same spots of the sequence, where the virus can tolerate a change in shape without losing its ability to invade cells and make copies of itself.

“Evolution was repeating itself,” said lead author Assistant Professor Kevin McCarthy. “By looking at this pattern, we could forecast. If it happened a few times, it was likely to happen again.” 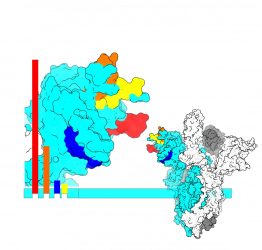 Deletions in the SARS-CoV-2 S protein sequence (horizontal cyan bar) affect the shape of different parts of the protein (cyan). Bar graph at left shows the relative frequency of recurrent deletions in the correspondingly coloured part of the S protein. Deletions tend to occur outside the region that binds to cells at the beginning of the infection [credit: Kevin McCarthy and Paul Duprex].

Among the sequences McCarthy identified as having these deletions was B.1.1.7, the so-called “UK variant”. When McCarthy identified it, the strain was still emerging – the analysis caught it in advance by looking for patterns in the genetic sequence.

“How far these deletions erode protection is yet to be determined,” McCarthy said. “At some point, we are going to have to start reformulating vaccines or at least entertain that idea.”