Studies in mice have shown that the drug ProAgio is effective at treating pancreatic cancer and triple-negative breast cancer. 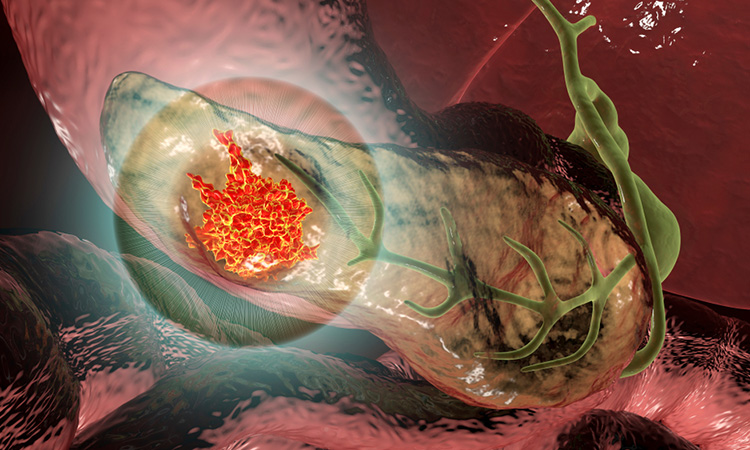 A new drug named ProAgio has demonstrated efficacy at treating pancreatic cancer and prolonging survival in mice, according to a study. A second study also shows that the drug is effective against triple-negative breast cancer. The drug was developed by Georgia State University, US, Professor Zhi-Ren Liu and his team.

According to its developers, ProAgio is created from a human protein and targets the cell surface receptor integrin αVβ3, which is expressed on cancer-associated fibroblasts. Fibroblasts are cells that generate collagen and other fibrous molecules and can be mobilised into service by a tumour, creating a thick, physical barrier known as the stroma, which protects the cancer and helps it grow. The drug works by inducing apoptosis in cancer-associated fibroblasts that express integrin αVβ3.

“All solid tumours use cancer-associated fibroblasts, but in pancreatic cancer and triple-negative breast cancer, the stroma is so dense there is often no way for conventional drugs to penetrate it and effectively treat the cancer,” said Liu.

In both studies, Liu and his team show ProAgio has a profound effect on tumour vasculature. In the case of pancreatic cancer, it reopened blood vessels that had collapsed due to high extravascular stress caused by the dense stroma. In the case of triple-negative breast cancer, the drug’s anti-angiogenic activity reduced irregular, leaky angiogenic tumour vessels. In both cases, ProAgio allowed drugs to effectively reach the cancer.

The drug only targets cancer-associated fibroblasts – a subclass of the cells that is actively engaged in supporting cancer – rather than inactive fibroblasts. This reduces side effects of the drug and increases its effectiveness.

“When you have a wound, for example, normal fibroblasts will secrete fibres to limit the damage and promote healing,” said Liu. “The tumour region is basically a wound that will not heal. Quiescent fibroblasts may play a role in preventing cancer from spreading.”

Now the studies have been completed, an Investigational New Drug (IND) Application has been submitted to the US Food and Drug Administration (FDA) to administer ProAgio to human subjects.

The first study was published in Cellular and Molecular Gastroenterology and Hepatology and the second study in the Journal of Experimental Medicine.