A study has shown that inhibiting the enzyme PRMT5 can suppress the growth of glioblastoma cells in pre-clinical studies. 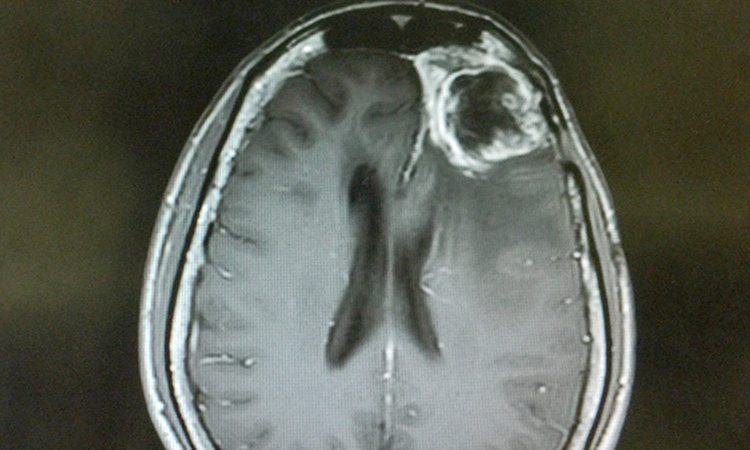 A new study has revealed the identification of an enzymatic drug target that could be inhibited to stop glioblastoma from growing. According to the researchers, from Princess Margaret Cancer Centre, the Hospital for Sick Children (SickKids) and University of Toronto, all Canada, this enzyme controls a large network of proteins important in cell division and growth in glioblastoma.

The researchers showed that chemically inhibiting the enzyme PRMT5 can suppress the growth of glioblastoma cells. The inhibition of PRMT5 led to cell senescence, similar to what happens to cells during ageing when cells lose the ability to divide and grow.

While PRMT5 inhibition has been suggested previously as a way to target brain and other cancers, no one has tested this strategy in a large cohort of patient tumour-derived cells that have stem cell characteristics, cells that are at the roots of glioblastoma growth.

“We used a different strategy to stop cancer cells from proliferating and seeding new tumours,” said senior scientist Dr Cheryl Arrowsmith, at Princess Margaret. “By inhibiting one protein, PRMT5, we were able to affect a cascade of proteins involved in cell division and growth. The traditional way of stopping cell division has been to block one protein. This gives us a new premise for future development of novel, more precise therapies.”

“This strategy also has the opportunity to overcome the genetic variability seen in these tumours,” said Dr Peter Dirks, from SickKids, who led the team. “By targeting processes involved in every patient tumour, which are also essential for the tumour stem cell survival, we side-step the challenges of individual patient tumour variability to finding potentially more broadly applicable therapies.”

In this study, the researchers tested a group of new experimental small molecules designed to specifically inhibit key cellular enzymes to see if any would stop the growth of glioblastoma brain tumour cells in the laboratory. The brain tumour cells were isolated from patients’ tumours and grown in the laboratory in a way that preserved the unique properties of cancer stem cells.

They found that specific molecules inhibited the same enzyme, PRMT5, stopping the growth of a large portion of these patient-derived cancer stem cells. Many current drugs do not eliminate cancer stem cells, which may be why many cancers regrow after treatment.

The researchers also examined the molecular features of the patient-derived glioblastoma cells by comparing those that responded well to those that did not respond as well. They found a different molecular signature for the tumour cells that responded. In the future, they say this could lead to specific tumour biomarkers, which could help in identifying those patients who will respond best to this new class of drugs.

“Right now, we have too few medicines to choose from to make precision medicine a reality for many patients,” said Arrowsmith. “We need basic research to better understand the mechanism of action of drugs, particularly in the context of patient samples. This is what will help us develop the right drugs to give to the right patients to treat their specific tumours.”

The results of the study are published in Nature Communications.