A high-throughput screening assay for macrocyclic peptides with affinity to ubiquitin has been created by researchers. 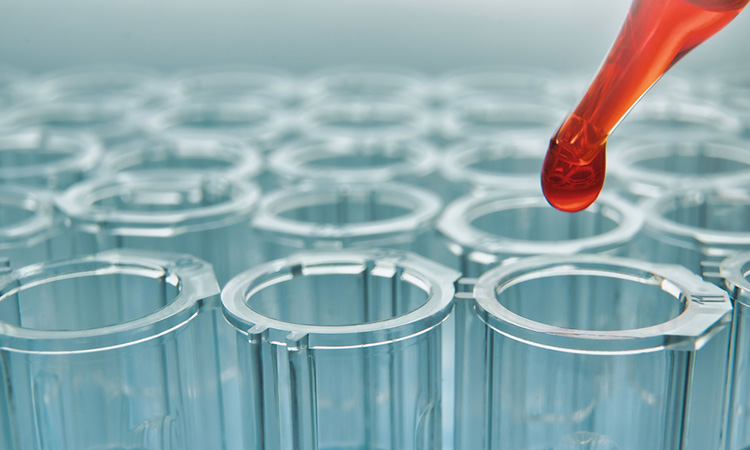 Scientists have developed a new high-throughput screening assay for cyclic peptides with affinity to ubiquitin, a protein that helps to degrade proteins and induce cell death. According to the researchers, the results could lead to novel drug candidates against cancer.

The team, from Technion-Israel Institute of Technology, say that drugs based on peptides are often too large to pass through cell membranes. To make such peptides more compact, stable and efficient, researchers are investigating their closed versions, called macrocyclic peptides. However, screening for such peptides is difficult.

The researchers designed a simple screening assay based on competitive binding – when unknown peptides are tested for their capabilities to displace a known peptide with known binding affinity to a target. The readout is simply the change in fluorescence, which is provided by the fluorescence label attached to the known peptide. The researchers say that that this setup enables fast, high-throughput, cheap and easy-to-implement screening of peptide libraries.

The researchers used the assay to screen for peptides binding strongly to ubiquitin, a small cellular protein that cells use to tag dysfunctional proteins and mark them for degradation. They identified several peptide candidates with high binding affinity, which could be further tweaked to make them more functional.

“For example, we subjected the peptides to chemistries such as alkylation arylation, oxidation and dimerisation, the first step to make polycyclic peptides,” Brik said. “Polycyclic peptides have added value crucial to be considered as drug candidates.”

Scientists assume that cyclisation makes the peptides more stable than their open analogues and their compact shapes help them to enter cells more easily.

The team prepared dimers of cyclic ubiquitin-binding peptides, where two identical cyclic peptides are linked. They screened them again for their affinity to ubiquitin and discovered strongly binding candidates and tested them for their regulatory role in live cancer cell lines. They found the dimeric cyclic peptides entered the cells easily and induced cell death and were more potent than the control peptide.

In addition, the researchers suggest that the novel circular peptides could be labelled and used as staining agents for ubiquitin with antibody-like properties.