A team has developed a novel inhibitor that blocks a protein in cancer cells, making drug-resistant tumours respond to chemotherapy. 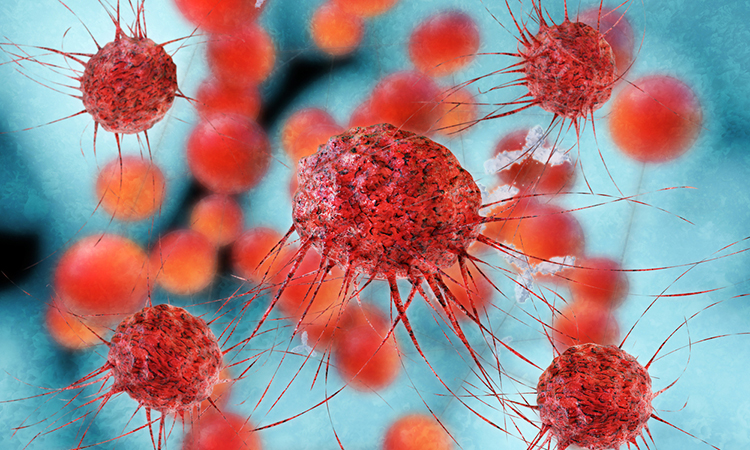 A new substance could improve the treatment of persistent cancers, according to a study by researchers at Martin Luther University Halle-Wittenberg (MLU) and the University of Greifswald, both Germany.

The team developed a novel inhibitor that makes drug-resistant tumour cells respond to chemotherapy again. The substance blocks a protein in the cancer cells that normally transports the cancer drugs back out of the cells.

“Cytotoxic agents remain a very important form of treatment because they have a general effect, in other words, they work on different types of cancer,” explained Dr Andreas Hilgeroth, one of the lead researchers from MLU. However, some tumours are resistant to chemotherapy; they possess certain proteins that transport the drugs back out of the cancer cell.

Hilgeroth’s research group has now developed a new class of substances that inhibits one of these transport proteins: the multi-drug resistant protein 4 (MRP4).

“It plays a particular role in leukaemia,” said Professor Christoph Ritter, one of the lead researchers from the University of Greifswald. The protein transports chemical messengers that appear to contribute to the development of that type of cancer.

The team studied this protein in special, drug-resistant cancer cell lines. The researchers were able to show that the cells treated with the new inhibitor transported fewer of the dye-labelled messengers and that the cytotoxic agents began having an effect again.

“One of the substances showed particularly promising results,” said Ritter. He added that it inhibited the protein much better than the best inhibitor known to date.

“[The new substance] prevents the transport of cancer-promoting messengers and ensures that the chemotherapy starts working again,” explained Hilgeroth.

If they prove to be successful in further tests, they will only be administrable in patients who have tumours containing the MRP4 transport protein. However, a pre-screen that uses markers to identify the type and characteristics of a specific cancer is already part of standard treatment.

The researchers will try to establish how well the newly developed drugs specifically inhibit MRP4 in order to reduce its side effects. If the substances are a success, several years of clinical trials will follow to confirm their efficacy in patients.

The results were published in Molecules.