A new study has revealed that immunoglobulin-M antibodies recognise microvesicles, which are critical for the progression of thrombosis. 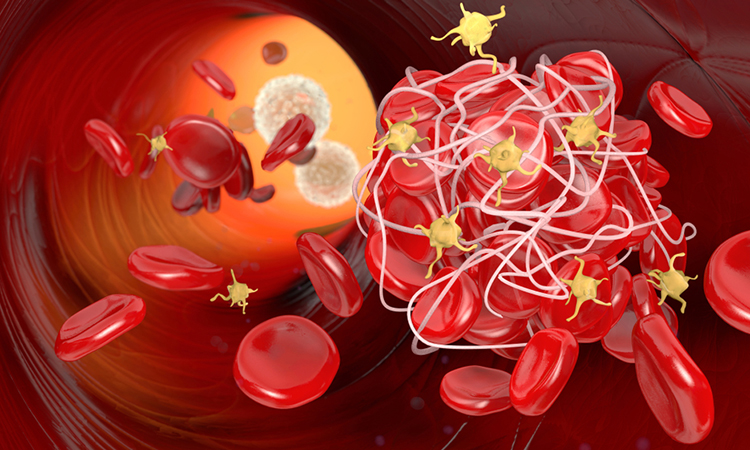 A new study has revealed the important role of immunoglobulin-M (IgM) antibodies in preventing thrombosis. The researchers, from the CeMM Research Center for Molecular Medicine of the Austrian Academy of Sciences and the Medical University of Vienna, both Austria, say that these antibodies recognise microvesicles, which are membrane blebs shed by cells and recognised for their critical role in thrombosis, so therefore prevent pro-thrombotic effects.

In the new study, the researchers identified the mechanisms explaining the anti-thrombotic effects of natural IgM antibodies. They demonstrated that the antibodies that bind oxidation-specific epitopes can prevent coagulation and thrombosis induced by microvesicles. This provides a mechanistic explanation for the previously published observation that low levels of these antibodies are associated with an increased risk of thrombosis.

“We assume that natural IgM antibodies recognise microvesicles that are particularly pro-inflammatory and pro-coagulant,” say the scientists in their paper.

“The study for the first time provides an explanation why people with a low number of natural IgM antibodies have an increased risk of thrombosis,” write the authors.

“The results offer high potential for novel treatments to reduce the risk of thrombosis. Influencing IgM antibody levels in high-risk patients could be a viable addition to the previously established blood thinning treatment, as this is also known to be associated with side effects such as an increased tendency to bleed in the case of injuries,” said principal investigator Professor Christoph Binder. “Microvesicles are already recognised as an important component of blood coagulation. However, our study created a novel possibility of targeting them therapeutically for the first time.”

The study was published in Blood.

CeMM Research Center for Molecular Medicine of the Austrian Academy of Sciences, Medical University of Vienna