A peptide that could treat multiple sclerosis caused no neurotoxicity or cardiotoxic effects in zebrafish, a study has shown. 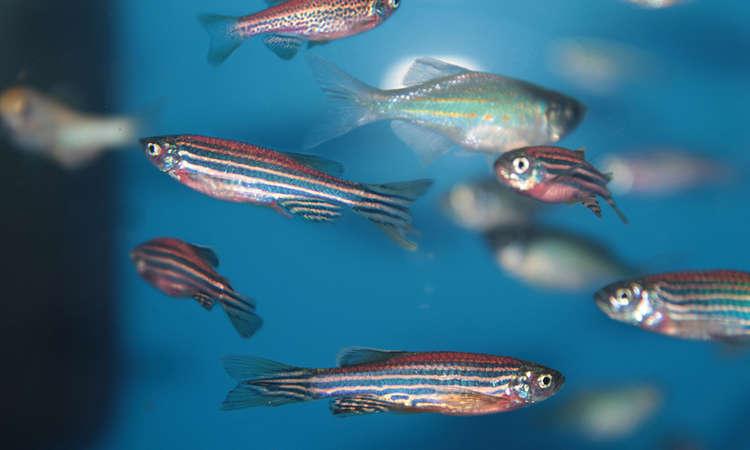 Researchers have shown that a peptide with potential to treat multiple sclerosis has passed toxicology testing in zebrafish. The study was conducted at Butantan Institute’s Special Laboratory for Applied Toxinology in São Paulo by researchers affiliated with the Center for Research on Toxins, Immune Response and Cell Signaling (CeTICS), both Brazil.

According to the researchers, the venomous toadfish Thalassophryne nattereri contains a peptide (TnP) with anti-inflammatory and anti-allergic potential. The TnP family encompasses synthetic peptides containing a sequence of 13 L-amino acids in their primary structure. Confirmation of this therapeutic potential has now come via the zebrafish Danio rerio, a popular aquarium species that shares 70 percent of its genome with humans and is widely used as a model for in vivo trials in drug development.

The researchers tested TnP in D. rerio to measure its toxicity. They found that it did not cause cardiac dysfunction or neurological problems in the tests they performed.

“The results highlight a wide therapeutic index for TnP with non-lethal and safe doses from 1nm to 10μm, without causing neurotoxicity or cardiotoxic effect. The low frequency of abnormalities [caused] by TnP was associated with the high safety of the molecule and the developing embryo’s ability to process and eliminate it. TnP crossed the blood-brain-barrier without disturbing the normal architecture of forebrain, midbrain and hindbrain,” the authors write in their paper.

In addition to proving the peptide’s safety when used as an anti-inflammatory agent, the results reinforce the importance of D. rerio as an alternative animal model for drug development that saves time and money.

The team say that the benefits of using D. rerio is that they are easy to manage, reproducing fast, developing from egg to larva in 48-72 hours and reaching adulthood at three months of age. Zebrafish embryos are transparent and the effect of a compound on the animal’s organs can easily be observed.

“It does not substitute mice, but avoids future expense on molecules that may not be promising or prove too toxic in previous phases,” said João Batista-Filho, one of the lead researchers from the study.

The study was published in Toxicology Reports.