Mosquito protein could hold key to therapeutics against flaviviruses

A study has shown the mosquito protein AEG12 inhibits flaviviruses, the family of viruses that cause yellow fever, dengue and Zika. 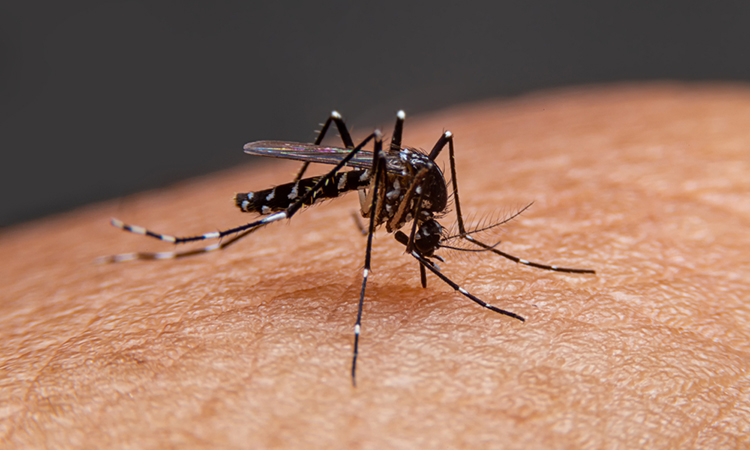 According to new research, the mosquito protein AEG12 strongly inhibits the family of viruses that cause yellow fever, dengue, West Nile and Zika viruses and weakly inhibits coronaviruses. The study was conducted by the US National Institutes of Health (NIH) and their collaborators.

Mosquitoes produce AEG12 when they take a blood meal or become infected with flaviviruses. The researchers found that the protein works by destabilising the viral envelope, breaking its protective covering. Although AEG12 does not affect viruses that do not have an envelope, such as those that cause pink eye and bladder infections, the researchers say the findings could lead to therapeutics against viruses that affect millions of people around the world.

The scientists used X-ray crystallography to solve the structure of AEG12. They say that at the molecular level, AEG12 rips out the lipids, the fat-like portions of the membrane, that hold the virus together. 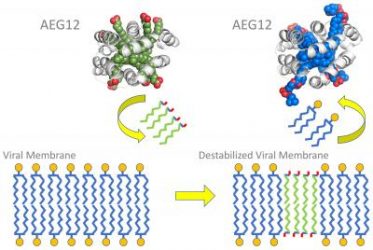 The illustration of the viral membrane lipid bi-layer shows the water-loving heads (yellow circles) and water-hating tails (blue waves). AEG12, based on the protein’s crystal structure (green and grey), inserts some of its lipids (green waves) into the viral membrane, destabilising it. During this exchange, AEG12 incorporates viral lipids into its interior (blue and grey) [credit: Dr Geoffrey Mueller].

“It is as if AEG12 is hungry for the lipids that are in the virus membrane, so it gets rid of some of the lipids it has and exchanges them for the ones it really prefers,” said Dr Geoffrey Mueller, senior author of the study. “The protein has high affinity for viral lipids and steals them from the virus.”

As a result, the AEG12 protein has power over some viruses. While the researchers demonstrated that AEG12 was most effective against flaviviruses, they say it is possible AEG12 could be effective against SARS-CoV-2.

However, the researchers highlight that it will take years of bioengineering to make AEG12 a viable therapy for COVID-19. Part of the problem is AEG12 also breaks opens red blood cells, so researchers will have to identify compounds that will make the protein target viruses only.