An aptamer that can bind a different part of SARS-CoV-2 than known inhibitors could enhance treatments against coronavirus mutations. 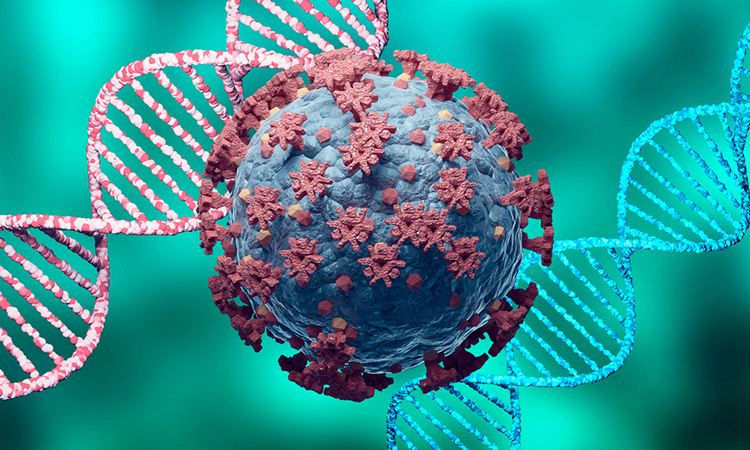 Scientists have isolated a molecule that they say could open new avenues in the fight against SARS-CoV-2. Led by researchers at the University of Bonn, Germany, the team found that the active ingredient binds to the Spike (S) protein that the virus uses to dock to the cells it infects.

The S protein is essential for the virus as it uses it to dock onto the cells it attacks. In this process, the protein binds to a molecule on the surface of human cells called angiotensin-converting enzyme 2  (ACE2). The virus then fuses with the cell and reprogrammes it to produce numerous new viruses.

“The vast majority of antibodies we know today prevent docking,” said Professor Günter Mayer, one of the lead researchers. “They attach to the part of the S protein responsible for recognising ACE2, which is the receptor binding domain (RBD).”

The researchers say that the mechanism of action of the new molecule appears to be different to previously known inhibitors. They therefore suspect that it may also help against viral mutations.

The novel active ingredient is an aptamer, short chains of DNA. Unlike DNA, aptamers are single-stranded. This allows them to form bonds with molecules to which conventional DNA would not normally bind and to influence their function, making them interesting for research into active ingredients, especially since it is now very easy to produce huge libraries of different aptamers.

“We used such a library to isolate aptamers that can attach to the S protein of SARS-CoV-2,” explained Mayer.

The team discovered that the isolated aptamer with the abbreviation SP6 also binds to the S protein, but at a different site. The researchers did not use real coronaviruses in their experiments, but pseudoviruses that carry the S protein on their surface.

“SP6 does not prevent viruses from docking to target cells,” explained Professor Michael Famulok, another of the researchers. “Nevertheless, it reduces the level of cell infection by the virus; we do not yet know which mechanism is responsible for this.”

“We now need to see if our results are confirmed in real viruses,” Famulok emphasised.

In the medium term, the researchers say the work could result in a nasal spray that protects against coronavirus infection for a few hours. The results may also help to better understand the mechanisms involved in infection. This is all the more important because the existing active ingredients mainly target the receptor domain.

“The more mutations accumulate, the greater the risk that the available drugs and vaccines will no longer work,” stressed Mayer. “Our study may draw attention to an alternative Achilles’ heel of SARS-CoV-2.”

The study is published in Angewandte Chemie.