The drug MK-4482 decreased viral levels in the lungs of hamsters treated for SARS-CoV-2 infection, researchers have shown. 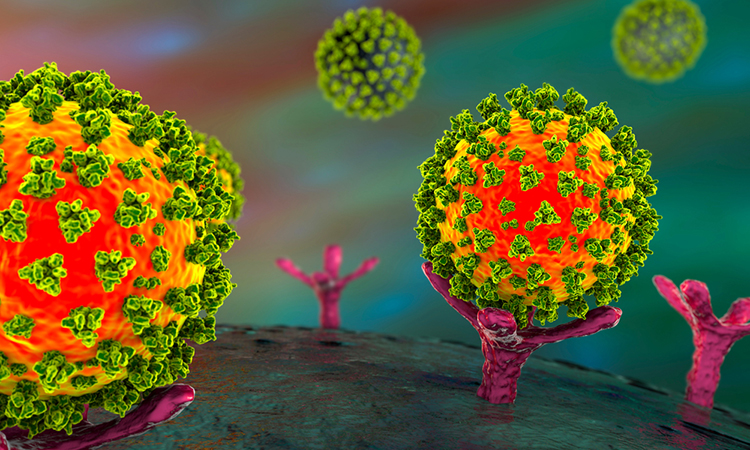 The experimental antiviral drug MK-4482 was shown to significantly decrease the levels of virus and disease damage in the lungs of hamsters treated for SARS-CoV-2 infection, according to a new study. The research was conducted at the US National Institutes of Health (NIH), along with collaborators from the University of Plymouth, UK.

In their study, the scientists found MK-4482 treatment effective when provided up to 12 hours before or 12 hours after infecting the hamsters with SARS-CoV-2. These data suggest that MK-4482 treatment potentially could mitigate high-risk exposures to SARS-CoV-2 and might be used to treat established SARS-CoV-2 infection alone or possibly in combination with other agents.

The same US research group developed the hamster model last year to mimic SARS-CoV-2 infection and mild disease in people.

The scientists determined the MK-4482 treatment doses for this study based on previous experiments performed in mouse models of SARS-CoV-1 and MERS-CoV. In those studies, MK-4482 was also effective at stopping the viruses from replicating.

A group from Emory University, US, developed MK-4482 (also known as molnupiravir and EIDD-2801) to treat influenza. Merck and Ridgeback Biotherapeutics are now jointly developing and evaluating MK-4482 as a potential COVID-19 treatment.

The results of the study are published in Nature Communications.

University of Plymouth, US National Institutes of Health (NIH)