A team has characterised a key part of the peptide synthesis process, showing that only the main building block needs to be changed for re-engineering. 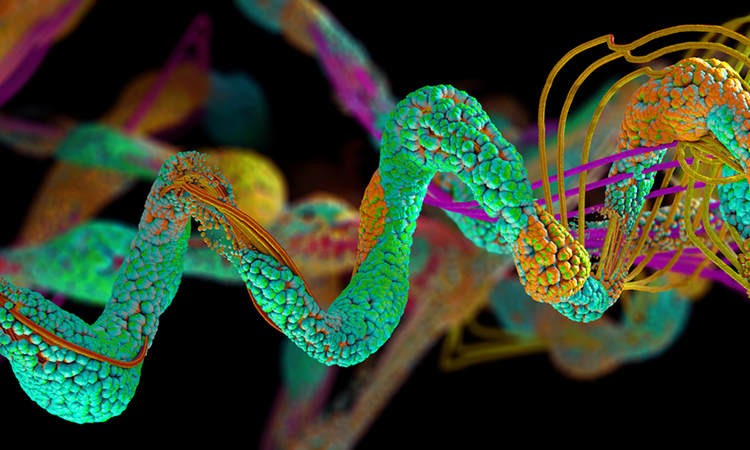 Scientists from Monash University, Australia, have revealed a key aspect of peptide machinery that could be critical for the re-engineering of peptides for therapeutic purposes.

According to Associate Professor Max Cryle, who led the research, altering the structure of natural peptides to produce improved compounds is of great interest to scientists and the pharmaceutical industry.

“Peptide synthesis machineries are often largely modular assembly lines, with each module comprised of different component parts. Changing what you make in these assembly lines, that is, peptides with new bioactivities, is a ‘holy grail’ in re-design,” said Cryle. “One of the things we tried to understand in this study was where the selectivity of these machineries come from – they are very selective for making one specific peptide and understanding where this specificity comes from is a bit of a mystery.”

The researchers enlisted a variety of techniques to model the peptide structures including using the Australian Synchrotron for X-ray crystallography along with chemical and biochemical techniques. Computational modelling and bioinformatics were also applied.

The team were able to structurally characterise a part of the machinery that generates the links within the peptides at a stage that has not been previously determined. They showed that these domains responsible for the linking of amino acids into peptides do not play a general role in selecting the amino acids during this process.

“This is good news from a re-engineering point of view because it means we do not need to concern ourselves with changing multiple pieces of the machinery to make single amino acid changes, we just need to focus on changing the building block that goes in and that is quite promising,” said Cryle. “Our ability to understand the enzymes that make natural peptides is key to our ability to produce improved ones to target issues like antimicrobial resistance. Now we can actually start to think about ways to change the machinery’s acceptance of different building blocks and in this way we can make new peptides with improved antibacterial properties.”