A new conjugate vaccine has shown promise at protecting mice against the effects of cytokines associated with asthma. 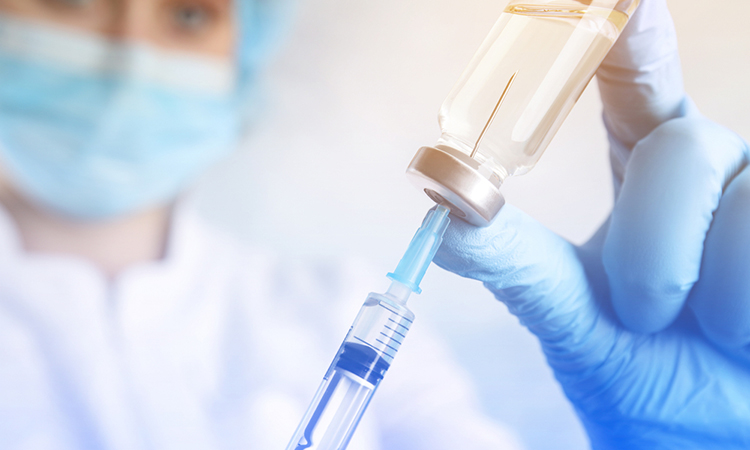 Researchers have developed a vaccine that could induce long-term protection against allergic asthma, reducing the severity of its symptoms and thus significantly improving patient quality of life. The vaccine was created at Inserm, Institut Pasteur and NEOVACS, all France.

According to the team, allergic asthma is characterised by inflammation of the bronchial tubes and respiratory discomfort caused by the inhalation of allergens, most often dust mites. This exposure to allergens leads to the production of antibodies called immunoglobulin E (IgE) and type 2 cytokines (such as interleukin-4 (IL-4) and IL-13) in the airways. This leads to a cascade of reactions resulting in hyperresponsiveness of the respiratory tract, overproduction of mucus and eosinophilia.

Inhaled corticosteroids are the gold standard for controlling asthma. However, in the case of severe asthma, this treatment is not enough. The use of therapeutic monoclonal antibodies (mAbs) that target IgE or the IL-4 and IL-13 pathways is then required. However, these are costly and require the long-term or even lifelong administration of injections.

To overcome this problem, the researchers developed a conjugate vaccine, called a kinoid, by coupling the recombinant cytokines IL-4 and IL-13 with a carrier protein called CRM197, a non-pathogenic mutated form of the diphtheria toxin, used in many conjugate vaccines.

The pre-clinical results in animal models show that this vaccine induces the sustained production of antibodies specifically directed against IL-4 and IL-13. Six weeks after the first injection of the conjugate vaccine, 90 percent of the mice presented high levels of antibodies. Over one year after primary immunisation, 60 percent of them still had antibodies capable of neutralising IL-4 and IL-13 activity.

The vaccine also had an effect on asthma symptoms – it was able to strongly decrease levels of IgE, eosinophilia, mucus production and airway hyperresponsiveness in a model of dust mite allergic asthma. This study therefore suggests both the prophylactic and therapeutic efficacy of the vaccine in this model of asthma and no adverse effects were observed in the animals.

The team say their findings will now need to be tested in a clinical trial setting.