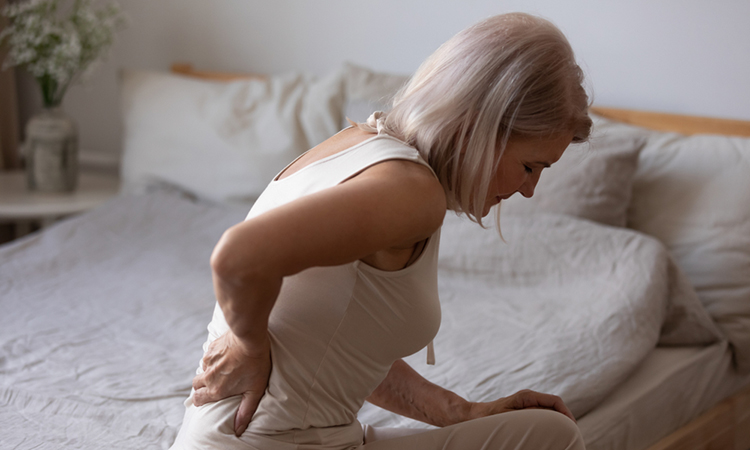 According to the researchers, TRPC5 is a protein that is expressed in both mouse and human neurons that sends pain signals to the spinal cord.

The research team administered drugs that block TRPC5 activity to mice that had sickle cell disease, migraine, chemotherapy-related pain or surgical pain and found the drugs reversed touch pain in all of the models. As each model differs in terms of how long the accompanying pain lasts and how the tissue is injured, the researchers wanted to identify a convergent factor that could be driving pain (in a TRPC5-dependent fashion) in each model. Using lipid mass spectroscopy, the team identified lysophosphatidylcholine (LPC) as a lipid that is elevated specifically at the site of injury in all of these pain models.

When TRPC5 inhibitors were tried in a mouse model of nerve damage, the drugs had no effect on pain. When LPC levels in the model were examined, they were unchanged compared to non-injured animals. The researchers believe that selective increases of the lipid drive pain by activating or sensitising TRPC5. The team expressed the mouse or human forms of TRPC5 in non-native cells and using high-throughput screening approaches, determined that TRPC5 can be activated by specific doses of LPC. They then injected LPC into mice; animals injected with this lipid develop touch pain and spontaneous pain.

“There are two TRPC5 inhibitors currently in clinical trials for kidney disease and depression,” said co-first author of the study, Dr Katelyn Sadler. “Pending successful completion of Phase I safety tests, these drugs could potentially be fast tracked for use in chronic pain patients… our identification of the relationship between LPC and TRPC5 could allow for the tailored application of TRPC5 drugs in types of pain that are associated with elevations of this lipid. In other words, LPC could be a biomarker for types of chronic pain that could be treated with a TRPC5 inhibitor.”

“What I am most excited about is that we found TRPC5 is highly expressed in human sensory neurons, and LPC has been shown to be elevated in patients with fibromyalgia and rheumatoid arthritis in other studies,” said senior author of the study Dr Cheryl Stucky. “This means that TRPC5 could be a new, non-opioid target for alleviating pain in chronic inflammatory pain conditions that affect so many patients worldwide.”