In non-human primates, researchers have found that mesenchymal stem cells were effective at strengthening the immune response to HIV. 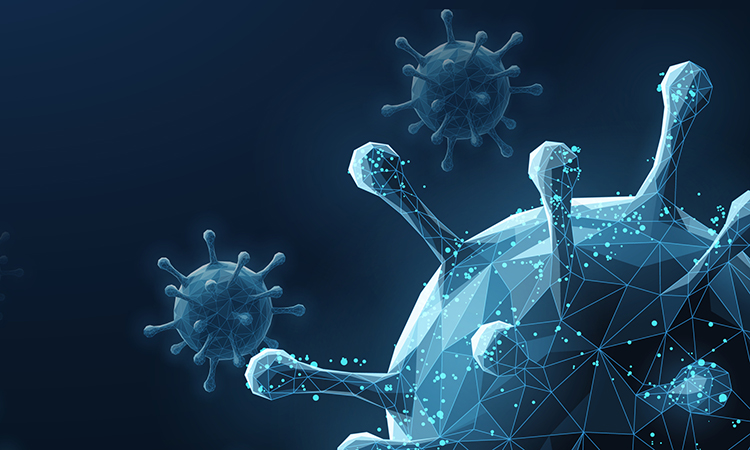 In a new study, a team of University of California (UC) Davis, US, researchers discovered a special type of stem cell that can reduce the amount of the virus causing AIDS, boosting the body’s antiviral immunity and repairing and restoring the gut’s lymphoid follicles damaged by simian immunodeficiency virus (SIV), the equivalent of the human immunodeficiency virus (HIV) in non-human primates.

According to the team, the study showed the mechanism through which mesenchymal stem/stromal cells (MSCs) enhance the body’s immune response to the virus. It also provides a roadmap for developing multi-pronged HIV eradication strategies.

“Impaired immune functions in HIV infection and incomplete immune recovery pose obstacles for eradicating HIV,” said Professor Satya Dandekar, senior author of the paper. “Our objective was to develop strategies to boost immunity against the virus and empower the host immune system to eradicate the virus. We sought to repair, regenerate and restore the lymphoid follicles that are damaged by the viral infection.”

The lymphoid tissue in the gut is an early site for viral replication and the establishment of viral reservoirs. The group has previously shown that HIV infection causes severe loss of gut mucosal T immune cells and disrupts the gut epithelial barrier lining, leading to a leaky gut.

While antiretroviral drugs effectively suppress viral replication, they do not repair the damage caused by the virus to the immune system. On their own, these drugs cannot restore the functionality of the lymphoid follicles damaged by HIV infection. 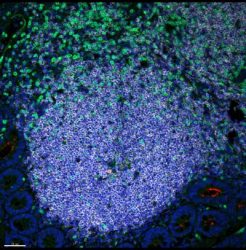 The researchers administered bone marrow-derived MSC in a rhesus macaque model of AIDS that had impaired immunity and disrupted gut functions due to the viral infection.

“We are starting to recognise the great potential of these stem cells in the context of infectious diseases. We have yet to discover how these stem cells can impact chronic viral infections such as AIDS,” Dandekar said.

The study found that the MSCs can modulate, alter and remodel the damaged mucosal site. There were immediate benefits, with a rapid rise in antibodies and T immune cells targeting HIV. The stem cells were instrumental in the recovery and restoration of these lymphoid follicles.

“Stem cells are good synergistic partner components with drugs. The antiretroviral drugs can stop the fire of the viral infection but cannot restore the forest of the lymphoid tissue compartment. The MSCs would rejuvenate the field and bring back immune vitality,” Dandekar said.

The study is published in JCI Insight.