New microscopy method could lead to advancements in cell biology

Researchers at UT Southwestern have invented a novel microscopy method that could open new avenues of advanced microscopy. 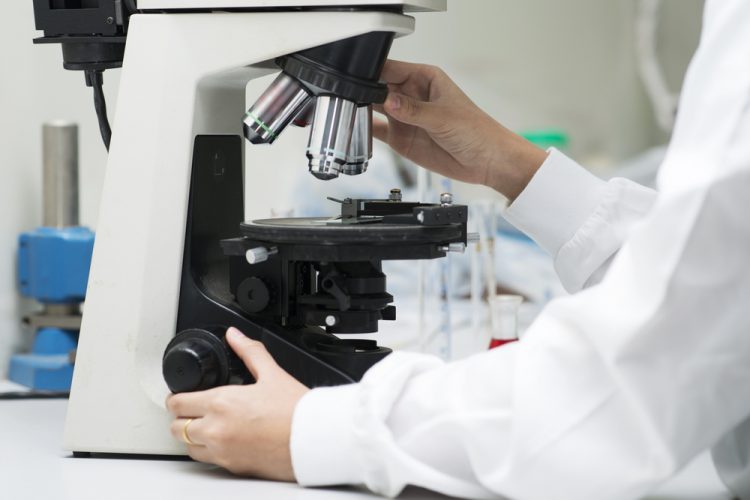 A team of scientists at the University of Texas (UT) Southwestern, US, have collaborated with colleagues in the UK and Australia to build and test a new optical device that converts commonly used microscopes into multiangle projection imaging systems, opening new avenues in advanced microscopy.

Acquiring three-dimensional (3D) image information currently requires a data-intense process in which hundreds of two-dimensional (2D) images of the specimen are assembled into an “image stack”. To visualise the data, the image stack is then loaded into a graphics software programme that performs computations to form 2D projections from different viewing perspectives on a computer screen. “Those two steps require a lot of time and may need a very powerful and expensive computer to interact with the data,” corresponding author Reto Fiolka explained.

The team realised the programme could form projections from multiple angles by optical means using a simple and cost-effective unit consisting of two rotating mirrors that are inserted in front of a camera of the microscope system. This system thus bypasses the need to acquire image stacks and render them with a computer. While an entire 3D image stack may require hundreds of camera frames, this new method requires only one camera exposure, thereby promising incredibly fast imaging.

“As a result, we can do all this in real time, without any noticeable delay… We believe this invention may represent a new paradigm for acquiring 3D information via a fluorescence microscope,” Fiolka said.

The researchers initially developed the microscopy system with two common light-sheet microscopes that require a post-processing step to make sense of the data, known as de-skewing; this essentially means rearranging the individual images to remove some distortions from the 3D image stack. The team aimed to perform this de-skewing optically but realised that when they used an incorrect amount, the projected image seemed to rotate.

“We realised that this could be bigger than just an optical de-skewing method; that the system could work for other kinds of microscopes as well,” added Fiolka.

“This study confirms the concept is more general,” co-author Kevin Dean concluded. “We have now applied it to various microscopes, including light-sheet and spinning disk confocal microscopy.”

The team have used the new microscopy method to image calcium ions carrying signals between nerve cells in a culture dish and looked at the vasculature of a zebrafish embryo. They also rapidly imaged cancer cells in motion and a beating zebrafish heart.

The invention is described in Nature Methods.