Frameshifting therapy has been shown to reduce the number of mast cells by “mutating” mRNA, showing promise as a new cancer treatment. 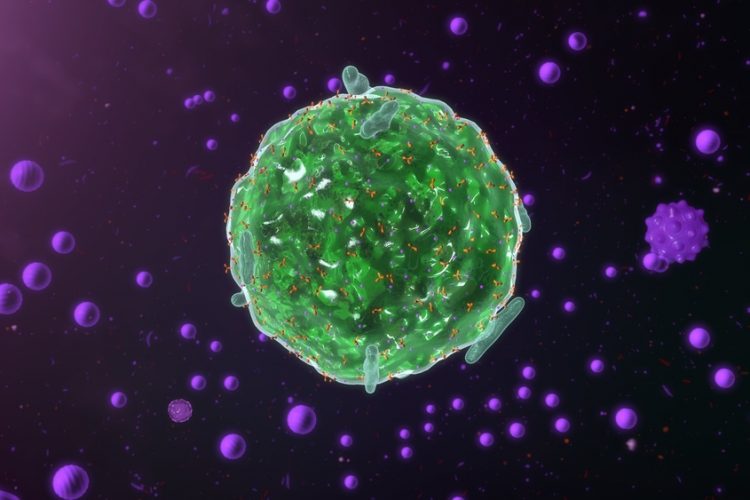 Researchers at the North Carolina State University, US, have found a potential new treatment method, known as frameshifting, for mast cell cancers that reduced the number of mast cells by “mutating” the messenger RNA (mRNA) before it can deliver instructions for manufacturing the c-KIT gene responsible for proliferation.

“Current treatments for mast cell cancers target signalling from the receptor encoded by the c-KIT gene and the efficacy of current therapies can be negatively affected by c-KIT mutations associated with disease development,” explained Glenn Cruse, corresponding author of the research. “We are targeting the gene itself, regardless of mutation. If we target the gene that drives progression, then we can target the disease.”

Before a gene or protein is produced, the pre-mRNA, which is composed of both coding and non-coding regions called exons and introns, is spliced so that introns are removed and only the exons remain. The resulting mature mRNA then delivers its instructions and the gene or protein is produced. If something goes wrong or a mutation occurs, a stop codon stops production of the faulty protein by causing that strand of the mRNA to be degraded or destroyed.

Using mouse models, the researchers used this mechanism by binding a short RNA molecule called an oligonucleotide to exon 4 within the c-KIT pre-mRNA, effectively fooling the splicing proteins into thinking the exon was an intron and removing it. The missing, or skipped, exon creates a frameshift in the reading frame of the mRNA, causing it to be recognised as a mutant and degraded.

“We are altering the message that makes the protein – flipping an ‘on’ switch to ‘off,’” said Cruse. “If you get mRNA to produce a protein that is mutated and severely truncated, your cell will recognise that and degrade the message so that the protein is not produced.”

The team used their frameshifted c-KIT mRNA approach on mast cell leukaemia cells in vitro and found that KIT protein expression, signalling and function were reduced. The cancer cells stopped proliferating and began dying within hours. In a mouse model, tumour growth and infiltration of other organs were reduced and tumour cell death increased when the frameshifted c-KIT mRNA was induced.

“The other advantage to our technique is that it solves the problem of degradation evasion,” Cruse added. “Occasionally faulty messages will evade degradation and their mutated proteins get produced anyway, but proteins produced by the frameshifted c-KIT mRNA are inert, or non-functional. So even if they get produced, they cannot cause more harm.”

The study was published in Molecular Therapy.