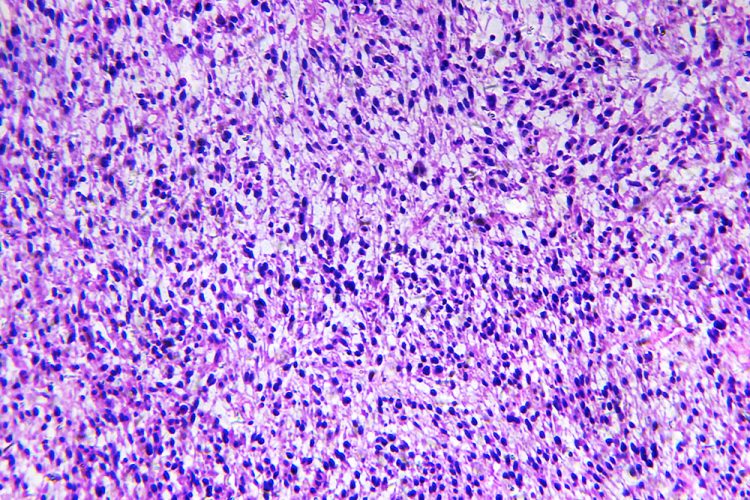 A team at the St Jude Children’s Hospital, US, have revealed how the tumour suppressor gene PTEN plays a more important role in paediatric rhabdomyosarcoma than was previously understood, highlighting a possible new treatment approach.

By looking at methylation data to investigate how certain genes are expressed, previous research has found that decreased expression of PTEN is common in fusion-negative rhabdomyosarcoma. In this study, the team used mouse models to further analyse the role of PTEN. “When we looked in the tumour cells of our wildtype model, we found PTEN mostly in the nucleus, which is not where we expected it to be,” commented corresponding author Mark Hatley. “That suggested to us that PTEN was contributing in transcriptional control and gene regulation.”

The team then focused on the relationship between PTEN and two transcription factors – DBX1 and PAX7. The researchers found high expression of DBX1, which has never before been linked to cancer. They also found high expression of PAX7, which plays a known role in normal skeletal muscle development. They showed that PAX7 is involved in regulating and activating DBX1.

The researchers further discovered that deleting PAX7 with PTEN alters the cell’s identity and observed a change in cells from skeletal muscle to smooth muscle. “This work shows how genetically modified mouse models can provide insights into how different tumour suppressors can alter the dynamics of tumour initiation,” concluded first author Casey Langdon. “Our findings show that PTEN is not only in the nucleus controlling gene expression, it actually dictates the fate of the tumour cell in rhabdomyosarcoma, it is critical for maintaining tumour cell identity.”

The team stated that the findings demonstrate that in addition to PTEN loss causing a more aggressive tumour, enhancing PAX7 expression maintains rhabdomyosarcoma cell identity. Importantly, the results also highlight how PAX7 may have a potential role as a molecular target for treating rhabdomyosarcoma as therapeutics-based transcription factors become available.