Researchers uncover the role of PAD4 in cancers 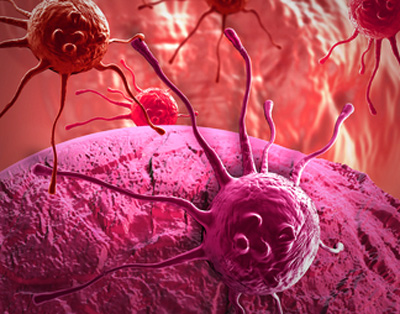 Peptidyl arginine deiminase 4 (PAD4) is a protein that plays a role in the development of inflammatory diseases like arthritis. It also plays a role in genetic expression – turning our genetic code into functional products in the body.

Professor Nick La Thangue from Oxford University’s Oncology department explained: “As our understanding of the mechanisms underlying inflammation has increased, interest in PAD enzymes as targets for treatments has grown. PAD4’s presence in cancer was well known but its role was not – rather like continually seeing someone at crime scenes but not being able to prove they’re involved.”

The team from Oxford University set out to understand the mechanisms by which PAD4 was involved. They found that PAD4 is attracted by another protein called E2F-1, which regulates various activities within cells. E2F-1 plays a role in cancer proliferation but the scientists found that PAD4, working with another protein called BRD4, could switch E2F-1 from promoting proliferation to promoting inflammation.

The scientists explained that PAD4 changes a part of the E2F-1 protein, an amino acid called arginine, into another amino acid called citrulline. The resulting citrullinated E2F-1 attracts BRD4, which is able to bind to parts of the E2F known as acetylation marks. The resulting protein complex drives the expression of inflammatory genes, so increasing the amount of inflammation.

Inhibition of PAD4 and BRD4 saw a reduction in inflammatory products

Having established that both PAD4 and BRD4 played a role, the scientists then looked at what happened when the two proteins were suppressed. Using mice with arthritis, they administered two treatments that inhibited PAD4 and BRD4.

Professor La Thangue said: “Suppressing either of the proteins reduced the symptoms of arthritis but suppressing both saw a marked reduction. Tests also showed that inflammatory products in the body of the mice were reduced. That confirmed the role of both PAD4 and BRD4 is switching E2F-1 to an inflammation role.

“Inflammation plays a key role in a number of cancers. For example, bowel cancer has an early inflammatory stage. By understanding the biological mechanisms that underlie these cancers, we are better placed to find effective treatments.”