Researchers have described a new method for culturing Treponema pallidum, that until now it couldn’t be cultured in a lab dish… 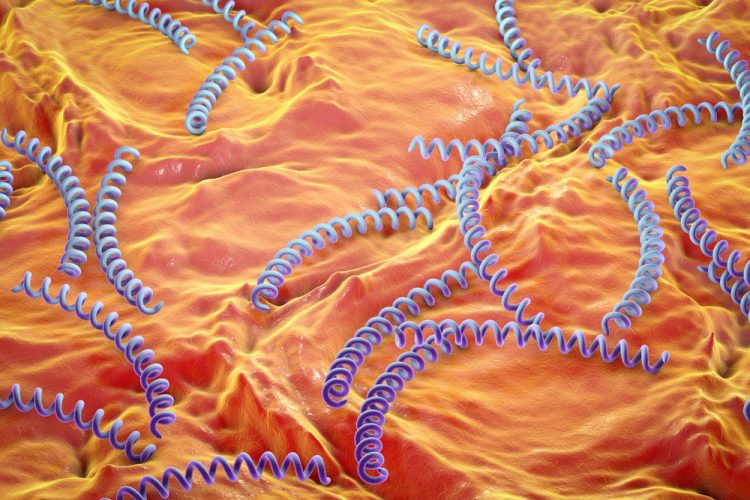 Researchers have described a new method for culturing the bacteria, Treponema pallidum. The spiral-shaped bacterium that causes syphilis was so dependent on its human host that, until now and despite a century of work, it couldn’t be cultured in a lab dish.

As of the time of publication, the culture remains infectious and has been growing continuously for nearly eight months. The researchers say a long-term culture system could bolster genetic, pathologic, and immunologic research of T. pallidum, as well as allow for the culture of related pathogenic species.

T. pallidum has been an elusive target of research, in part, because of its natural habitat. “The organism never touches the ground,” says microbiologist Dr Steven Norris, senior author on the paper and the Robert Greer Professor in the Biomedical Sciences at McGovern Medical School. “It’s only found in humans. It’s not found anywhere else in nature.” In the past, if researchers wanted to study the pathogen, they injected rabbits with bacteria from a human host and had to wait a few weeks to confirm an infection. “It was a very inefficient process,” says Norris, who has been studying T. pallidum for over four decades.

Dr Norris and his collaborators designed the new system to mimic the environment where the bacteria are found naturally. “We thought that by creating tissue-like conditions, we’d be able to grow T. pallidum continuously.” They designed a co-incubation system in which the spirochetes are grown in rabbit epithelial cells and fed periodically with amino acids. In order to preserve a near-homeostatic state, the researchers transfer the infected cells to a new culture medium about once a week. Microbiologist and molecular geneticist Dr Bo Hu, also at UTHealth, used electron microscopy to verify that the structure of the bacterium remained unchanged during culture.

This approach is a modified version of a co-incubation system, first introduced in 1981 that kept the bacteria alive for about 18 days. The system described this week in mBio uses a more complex culture medium – one often used to culture Lyme disease – than the original experimental setup, says Dr Norris.

Dr Diane Edmondson, Assistant Professor of pathology and laboratory medicine at UTHealth, who works with Dr Norris and led the new study, says accumulated knowledge about the life history of the organism has helped researchers recognize that T. pallidum doesn’t grow like other organisms. “We expected they would grow a little faster than they do,” she says, “but maybe they’re just slow-growing organisms. One of the reasons for success is accepting that we’re never going to get 1010 organisms per millilitre. We work with what it really is.”

The bacteria is transmitted sexually, vertically from mother to child, or via blood transfusion. The Centers for Disease Control and Prevention launched a syphilis eradication effort in 1998, but by 2017 infection rates in the United States had climbed to their highest levels since before the eradication program began. The disease is easy to treat if diagnosed early. Norris says he ultimately hopes to modify the system to make it more efficient, by eliminating the need for tissue cells altogether. A simplified process might make it easier to develop new ways to detect, treat, or prevent the infection, he says.

The new process for growing T. pallidum may also be used to culture spirochetes that cause syphilis-related diseases including yaws and bejel, the authors say, and they hope other groups adopt and use the method to grow and study the pathogens.

The study has been published in mBio.