Using X-ray crystallography, researchers have revealed the structure of the SARS-CoV-2 main protease, designing an inhibitor to bind to this target and prevent viral replication. 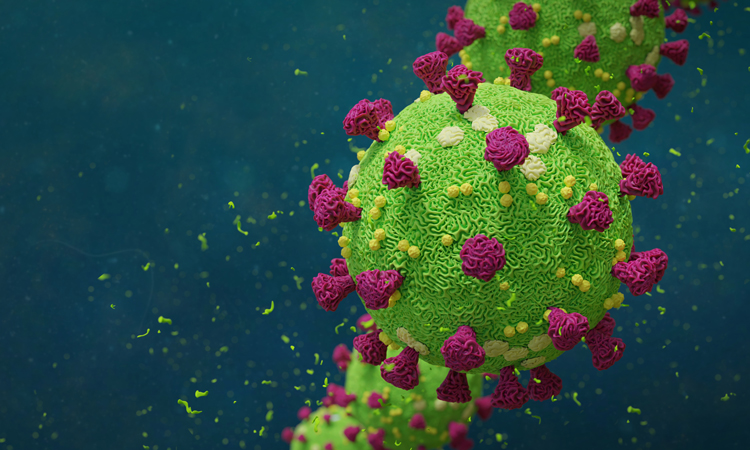 As part of continued efforts to respond to the COVID-19 pandemic caused by SARS-CoV-2 virus, researchers have used X-ray crystallography to reveal the structure of the SARS-CoV-2 main protease (SARS-CoV-2Mpro) – one of the best characterised drug targets among coronaviruses. They used this information to identify a compound that binds to and inhibits the protease in mice.

The scientists, from Germany, say their study could drive the improved design of inhibitors to combat the novel coronavirus, a step toward urgently needed therapies to fight the global pandemic. They focused on this protease due to its role in processing polyproteins that are translated from viral RNA.

Based on studying the structure of the main protease, the researchers optimised inhibitors for existing coronaviruses to develop compound 13b, a potent blocker of the SARS-CoV-2 main protease. Using the X-ray structures of SARS-CoV-2 without the ligand, they studied its complex with an α-ketoamide inhibitor derived from a previously designed compound but with the P3-P2 amide bond incorporated into a pyridone ring to enhance the half-life of the molecule in blood. 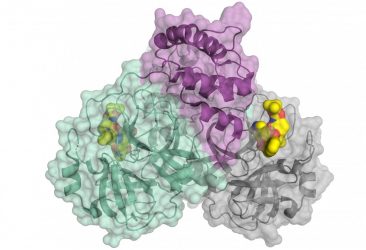 Schematic representation of the coronavirus protease. The enzyme comes as a dimer consisting of two identical molecules. A part of the dimer is shown in colour (green and purple), the other in grey. The small molecule in yellow binds to the active centre of the protease and could be used as blueprint for an inhibitor [credit: HZB].

Lead researcher Linlin Zhang and colleagues found that a high-resolution structure of 13b bound to the protease and blocked viral RNA replication. They report that 13b has features that improve over existing inhibitors, including an extended half-life in blood plasma.

They further tested their leading inhibitor compound in mice, finding that inhalation was well tolerated and that the mice did not show any adverse effects. The researchers suggest that as no human proteases with a similar cleavage specificity are known, this class of inhibitors are unlikely to be toxic.

The team suggest that their results show direct administration of the compound to the lungs may be possible and provide a framework for the development of drugs to combat the novel coronavirus.

“Given these favourable pharmacokinetic results, our study provides a useful framework for development of the pyridone-containing inhibitors toward anticoronaviral drugs,” the authors conclude.