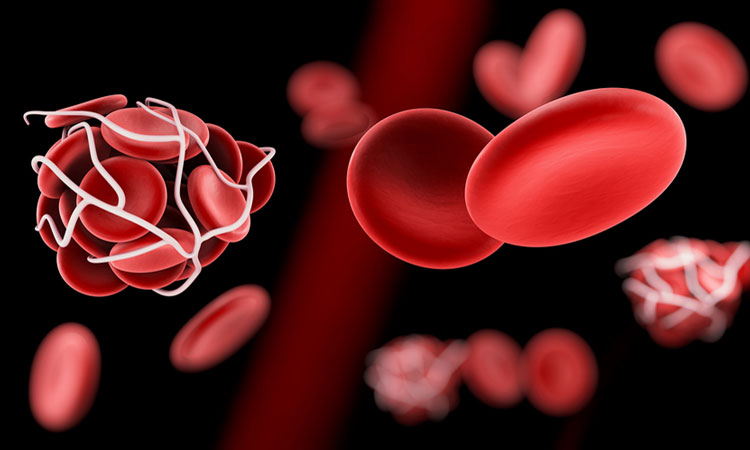 Scientists from Gladstone Institutes have developed a new immunotherapy that blocks the inflammatory and oxidative activity of fibrin when contributes to neurodegeneration. Senior Investigator Professor Katerina Akassoglou mentioned that the therapy does not inhibit or compromise the protein’s clotting function.

Fibrin, an insoluble protein produced in response to bleeding, is a major component of blood clots. These rod shaped molecules link together to form blood clots, and are known to be targeted in treating neurological disease.

When fibrin passes the blood-brain barrier, it causes inflammation. Research suggests that a ‘leaky’ blood-brain barrier is the initial cause of brain diseases that cause neurodegeneration, and could lead to the death of nerve cells in multiple sclerosis, Alzheimer’s disease and several other neurological disorders.

Despite knowledge that fibrin plays a major role in these diseases, researchers have not targeted fibrin because of concerns regarding the protein, and its function elsewhere in the body. Targeting fibrin could impair the proteins beneficial role of clotting blood, preventing bleeding after injuries.

The researchers focused on targeting a small region of the fibrin protein which is involved inactivating the immune system in the brain. The team mentioned that this way they avoided interfering with the part of the protein responsible responsible for clotting. They produced a therapeutic fibrin antibody which accumulated at fibrin-rich areas, protecting against neuroinflammation and neurodegeneration.

“We have developed a monoclonal antibody to target a major culprit in the blood that damages the brain,” said Prof Akassoglou at the Department of Neurology at UC San Francisco. “Fibrin-targeting immunotherapy could protect the brain from the toxic effects of blood leakage and may also have beneficial effects in other organs affected by inflammatory conditions with vascular damage.”

Molecular analyses identified that the treatment showed reduced activation of biochemical pathways that contribute to inflammation and oxidative stress.

“We discovered that fibrin also contributes to brain disease through oxidative stress-an unanticipated result,” explained first author Dr Jae Kyu Ryu, a staff research scientist on Prof Akassoglou’s team. “Treatment with the antibody put a damper on this fibrin-driven oxidative mechanism, which may contribute to many different neurodegenerative diseases.”

“Our study supports that vascular damage leading to immune-driven neurodegeneration may be a common thread between diseases of different etiologies with blood-brain barrier leaks,” said Prof Akassoglou. “Targeting fibrin with immunotherapy is a new approach that could be used to test the therapeutic benefits of suppressing this pathogenic mechanism in multiple disease contexts.”